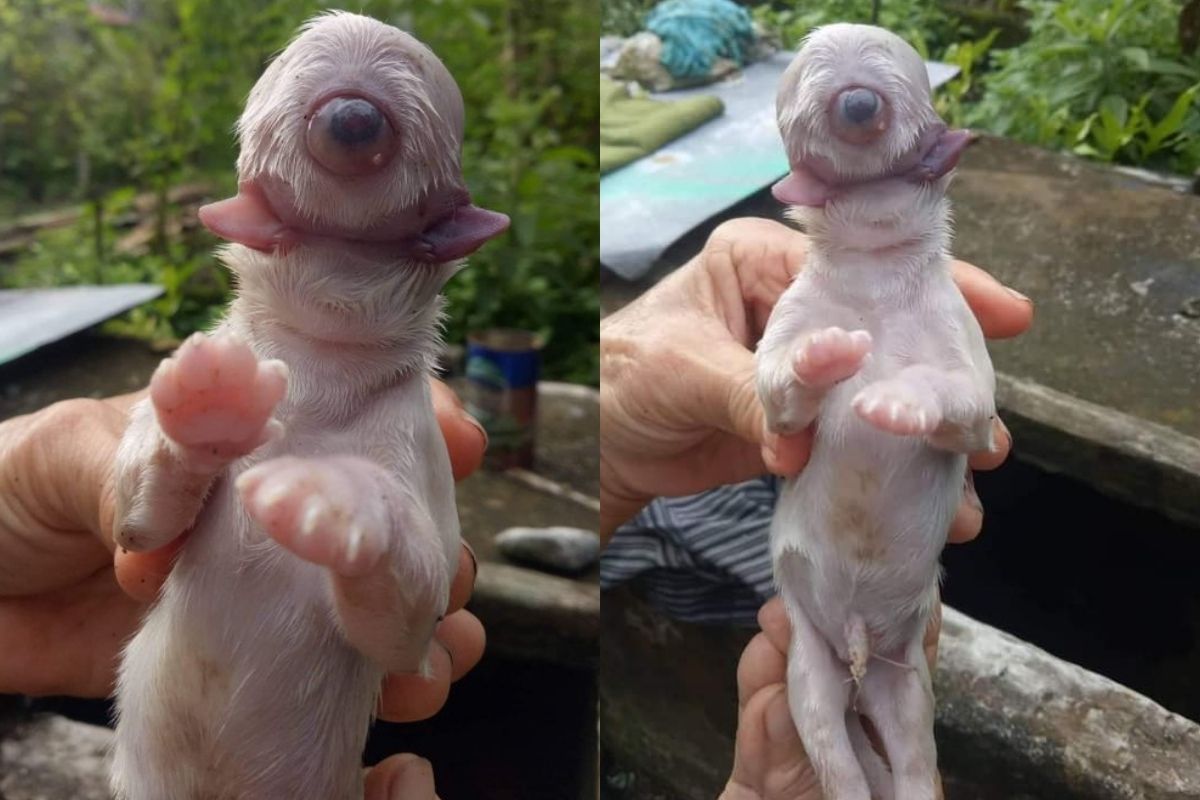 Out of the Philippines this week, there is some sad animal news involving a one-eyed puppy. “Cyclops,” as he came to be called, was born with a single eye, no nose, and two tongues sticking out. Shocking pics of the deformed dog quickly went viral on social media, but sadly Cyclops did not survive. He was born on February 6 and succumbed to the birth defects in less than a day.

LOOK: A puppy in Tangalan, Aklan was born with a rare congenital condition called “cyclopia” which causes it to have just one eye in the middle of its forehead.

Cyclops was born in the Aklan province of the Philippines, to a dog owned by local resident Amie de Martin. Martin first posted the trending photos of the pooch, sharing that the mother dog might have ingested toxins prior to Cyclops’ birth. Cyclops? mother was also a “menopausal puppy” which may have had something to do with the genetic physical abnormality. Since Cyclops had no nose, he was not able to feed off of his mother. Although a veterinarian supplied Cyclops with formula food, it was quickly clear that the little guy would not survive.

After the puppy’s death, Martin preserved the rare specimen in a glass box, rather than simply burying him underground. Maybe Cyclops will become a scientific step in further understanding Cyclopia: the congenital, and most often deadly, a disorder that results in having one eye.

Cyclops in the Philippines was not the only one-eyed dog to make headlines. Last February, another so-called “cyclops” was discovered in the Chachoengsao village of central Thailand and named Kevin — after the cartoon Minions character, who also has one eye. (It’s certainly more creative than calling him Cyclops.)

Kevin’s owner Somjai Phummaman, a government worker, said that his Aspin dog had given birth to two puppies last year. And one of them exhibited the rare Cyclopia gene. Pictures reveal clear similarities between Kevin and the Filipino Cyclops. However, Kevin appears to have one working mouth that allows him to feed alongside his sibling. When Daily Mail reported on the story last year, it sounded like Kevin was going to make it. Updates to that story were never reported, but we genuinely hope this unique pup had the chance to grow up.