Dad Hilariously Serenades a Herd of Cows With His Saxophone Skills 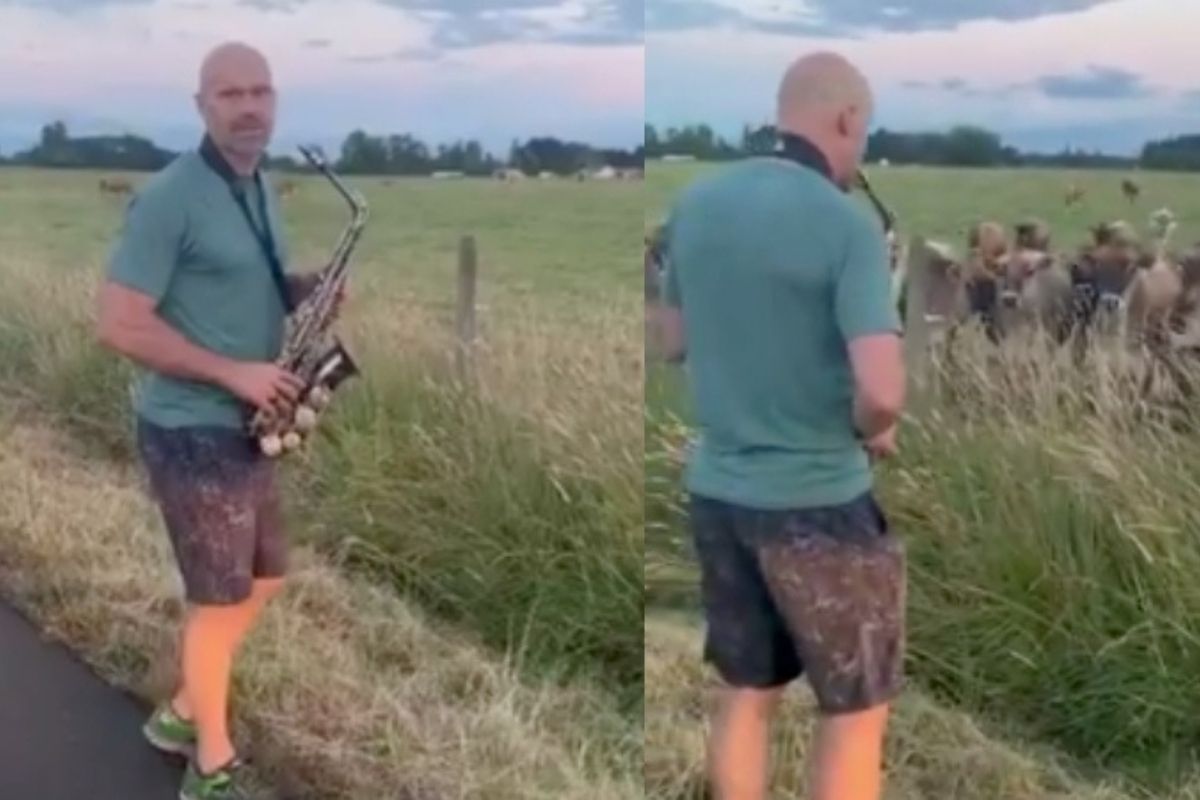 Who says cows don’t like some music to bop their heads to? If you have ever wondered if cows like jazz, well, I am here to tell you that surprisingly they do! They enjoy a good ol’ saxophone jam as much as we do. Which is why an Origami man decided to pull the most dad move ever and play some tunes for them.

According to Twitter user Erin Herrmann, her dad, Rick Herrmann has recently been learning some songs on the Saxophone. Which is why he wanted to serenade a herd of cows with his rendition of George Michael’s “Careless Whisper”, The Champs’ “Tequila” and Stevie Wonder’s “Isn’t She Lovely?”

Herman caption the video, ?My parents are such goofs they drove out to the backroads so my dad could play the cows the songs he?s been learning on the saxophone.? Apparently, the dad has been learning his musical skills by watching YouTube videos but their dog wasn’t really feeling the sound and even chewed up all his reeds once time.

pt.2 listen for the neighbor at the end pic.twitter.com/qdMCnZRzqh

So, that is why the Oregon man decided to go towards a more…let’s say live audience and go serenade some cows that would appreciate his music more than Piper would. Well, safe to say he was right!

As soon as he begins to play the cows are all seen coming towards him, and his wife begins to laugh at him for gaining so much attention. Hermann said that cows are her dad’s favorite animal, so yeah, it makes sense why he wanted to share his musical talent with them.

Who would have known that cows like the saxophone, huh? It’s definitely news to me. I wonder what attracted them? Was it just the noise that they like? Or his sweet jazzy skills? Either way, keep rocking that sax, dad!

This article was originally published on July 3, 2019. It was brought back because well, who doesn’t like a few laughs here and there!