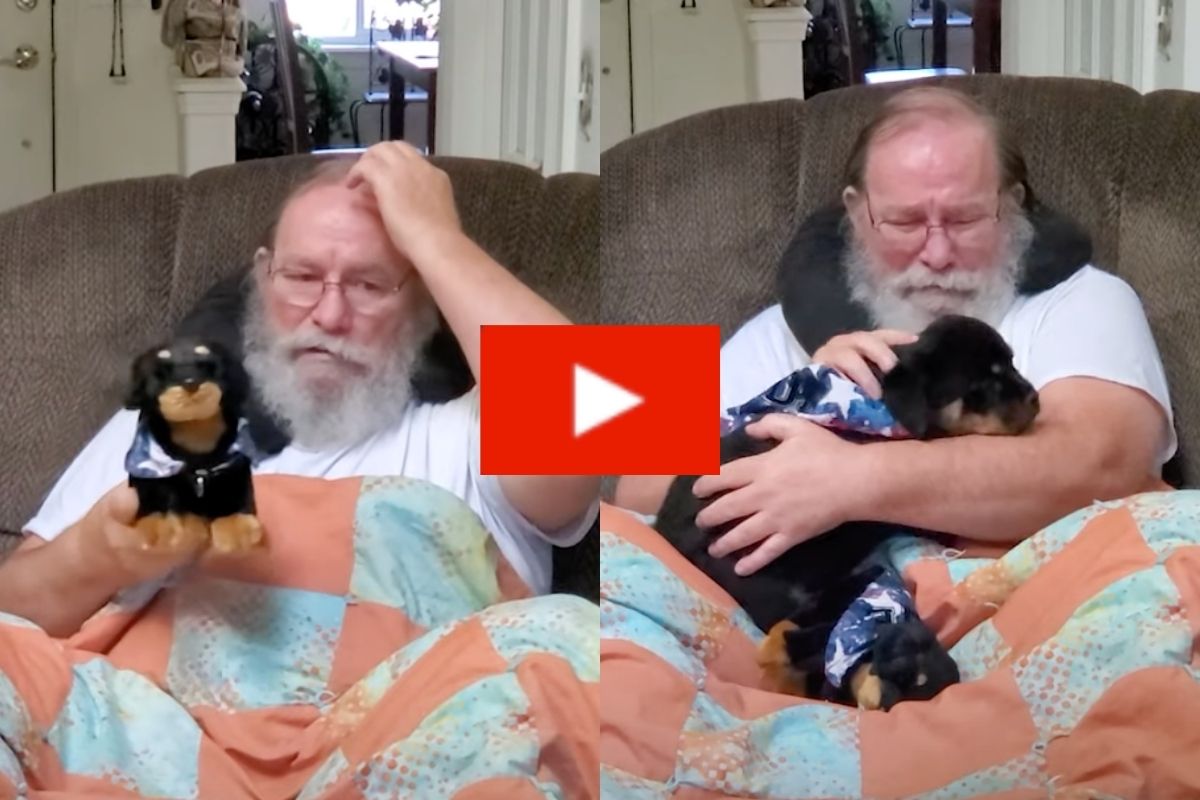 I know Christmas is over, but videos like this one will always be timeless. A father in Idaho got the best surprise, when a present that he was already seemingly content with came to life.

The dad, whose name is Robbin, is seen sitting in his chair with his family around as they all gathered to give him an early Christmas present. He’s handed a wrapped gift with a note about how there’s someone who can’t wait to sit shotgun of his truck and to be his best friend. His family prods him to open the gift to which he finds a stuffed animal dog. It’s a cuddly toy rottweiler, which happens to be his favorite dog breed.

While Robbin is playing with the new toy, smiling at how cute the endearing thought was, he had no idea that there was so much more behind it. The video then shows his daughter asking him if he believes that toys come to life at night. He looks at her confused, basically going along with what she’s saying, but it almost looks like he thinks she’s crazy. Shortly after, a loved one comes from behind his chair and sets a real new rottweiler puppy in his lap.

Robbin immediately bursts into tears as he cuddles the new puppy, named Blade. Robbin’s daughter, Traci, told Newsflare, “We used my sister’s birthday party as a cover to surprise our dad with a new rottweiler puppy. Dad has wanted another pup for years and never thought he’d have another.”

Robbin is seen cuddling his new rottweiler dog tightly, as he looks around in disbelief at his family. You can also hear his family shedding tears at him hugging the newest member of their family. The adorable puppy sits happily in his lap, and you don’t have to be a dog lover to feel happiness radiating from this video. You have to hand it to the family for curating the ultimate puppy surprise.