These Sea Slugs Decapitate Themselves and Grow New Bodies 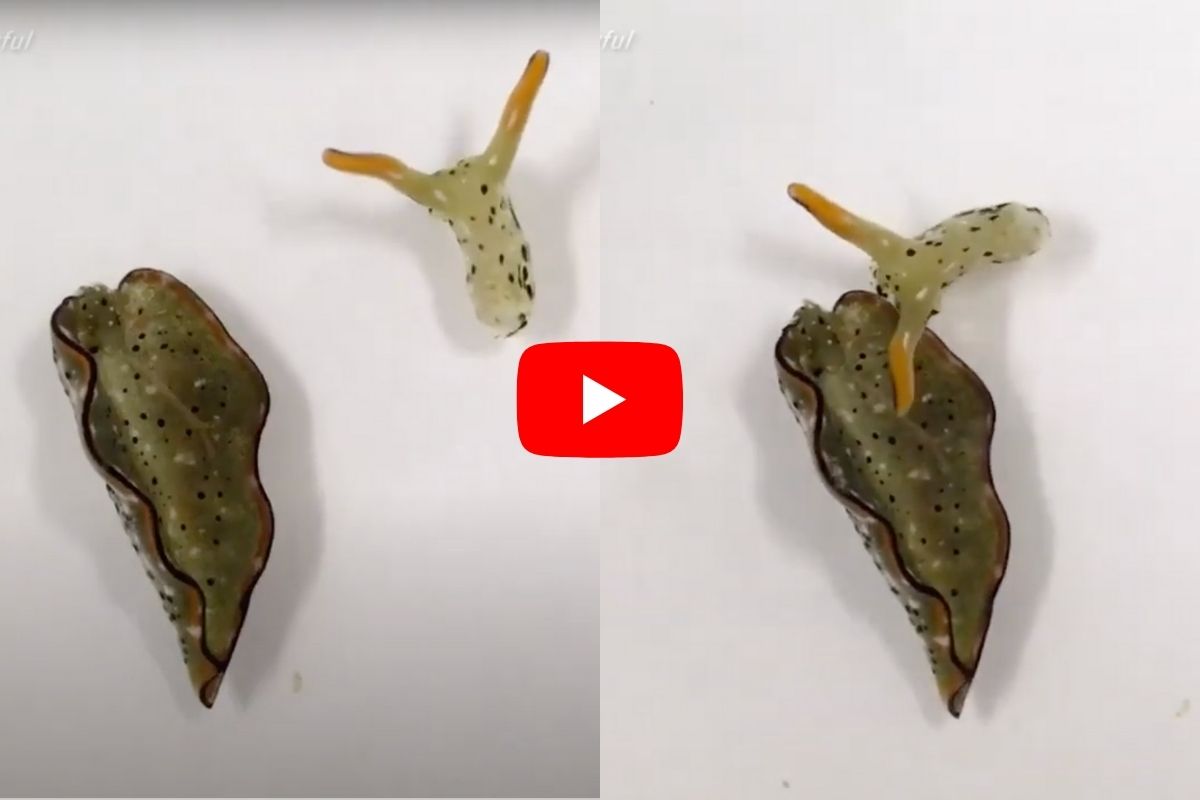 You’re probably familiar with lizards who can snap off their own tails; the life-saving defense mechanism helps to evade predators. The process of animals self-amputating body parts s called autotomy. But Sayaka Mitoh, a doctoral student at Nara Women’s University in Japan, was shocked to find that sea slugs will rip off their own heads… which then remain alive and grow whole new bodies. And the videos of these severed heads inching around are unreal.

Why Are Sea Slugs Decapitating Themselves?

After noting this strange sea slug habit, the team at the Japanese University conducted further experiments on the phenomenon. Their results suggest that two similar Sacoglossan sea slug species, Elysia atroviridis and Elysia cf. marginata sea slugs, decapitate themselves in order to spawn a new body — likely when their current one becomes infected with internal parasites.

Their study looked at groups of these sea slugs for an extended period of time, and researchers found that many sea slugs engaged in decapitation; in an extreme case, one slug even beheaded itself twice. By dissolving their neck tissue, sea slugs’ heads separate from their bodies with wounds that take just a day to heal. Then the dumped body is left to rot like old appendages while the head grows a new, healthier home. It takes about three weeks for the sea slugs to cultivate an entire body. In that time, their heads can be seen sliding through life unencumbered.

When the new study was published in Current Biology last week, the story of self-decapitating sea slugs fascinated the world. Not to mention, the footage of those loose, alive heads is pretty gnarly.

Why Does It Work?

The Elysia marginata and Elysia atroviridis sea slug species have the rare ability to incorporate the sun’s chloroplasts from ingested algae. This allows the “solar-powered” slugs to become sustain themselves on sugars that chloroplasts produce through photosynthesis. The ability to carry out such a rare regeneration process is called kleptoplasty, and it’s why the heads can survive without the body’s vital organs for some time.

WATCH: This Houston Lizard Has Undergone Rapid Change Before Our Very Eyes