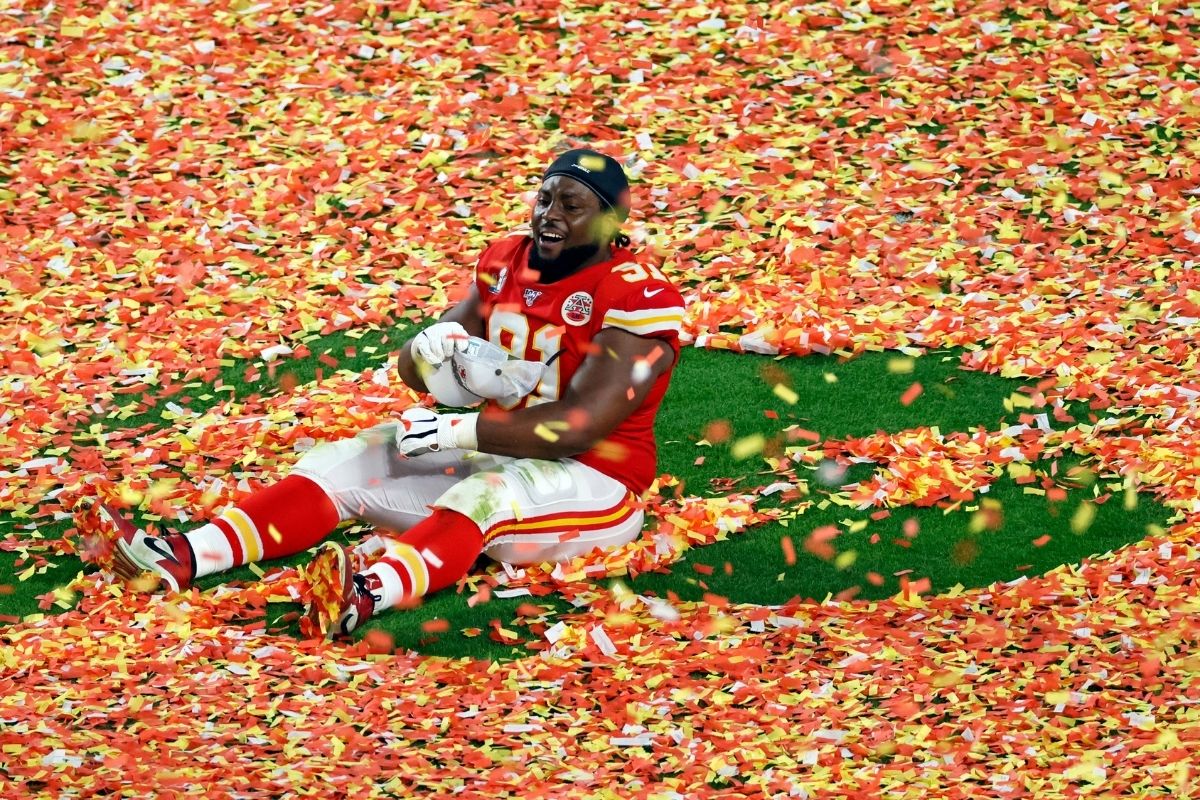 After successfully winning the NFL Super Bowl LIV game against the San Francisco 49ers in Miami last year, Kansas City Chiefs’ Derrick Nnadi decided to celebrate the Super Bowl win in a big way. And how did he celebrate? By helping homeless dogs find new homes!

Yes, the defensive tackle, who was drafted by the Kansas City Chiefs in 2018, decided to pay adoption fees for all the dogs that were available at KC Pet Project. A big round of applause for this talented man. This is how one celebrates, by giving back to your community!

This isn’t the first time the Chiefs player, in the wake of his Super Bowl win, has helped homeless animals. Nnadi has been helping shelter dogs all season through the Derrick Nnadi Foundation’s partnership with KCPP. KC Pet Project cares for over 10,000 animals a year and works with several Animal Welfare organizations to help increase the number of homeless pets adopted, and “focus on lifesaving programs promoting pet retention, identification, lost pet reunions, and pet ownership education throughout the community.”

Through a Facebook Post, KC Pet Project announced the donation noting, “we have had an amazing, season-long, partnership with Derrick and he couldn’t have thought of a better ending.” According to the foundation, the player’s father taught him at a young age that “as Nnadis we don’t receive, we give” which is what the foundation embodies. In September 2019, Nnadi was named NFLPA Community MVP the week which garnered him national recognition for his philanthropic efforts in his hometown of Virginia Beach and in Kansas City.

.@DerrickNnadi surprised a dozen kids from the Boys & Girls Club with a shopping spree at a local sporting goods store this morning.

Good stuff from Nnadi before heading to camp. pic.twitter.com/u4xFHEAONx

Those actions included equipping students with school supplies through the Boys & Girls Club of Southeast Virginia, providing a back-to-school shopping spree for families who lost their mother in Virginia Beach, and hosting another shopping spree for local children in Kansas City.

If you are interested in adopting an animal or want to learn more about KCPP, you can click here. Let’s see if the Chiefs, with Patrick Mahomes, can defend their title against the Tampa Bay Buccaneers during this year’s Super Bowl. Will that mean more puppies will get adopted during their parade?

Editor’s note: This article was originally published on February 3, 2020.