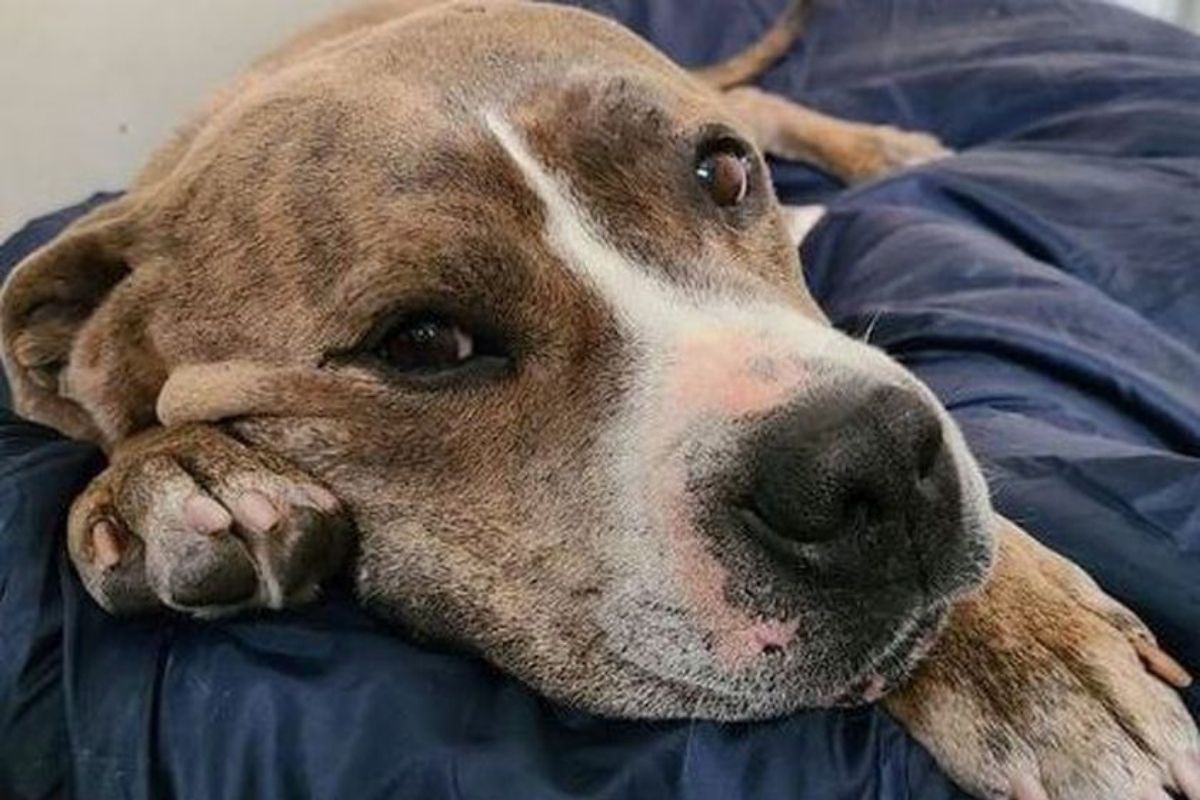 Be still my little fragile heart. Look at this adorable pop whose life has been changed forever. Drools, who is a 4-year-old pit bull boxer mix, spent nearly two years in an animal shelter in Colorado. Around two weeks ago, Kacey Widetich decided to move into the Conour Animal Shelter in Monte Vista Colorado, to draw attention to the pup and other rescue dogs in need of adoption.

Widetich, who is the founder of Animal Welfare Non-Profit Relay for Rescue, stated, “These remote shelters are so understaffed and just don’t have the capacity to adequately market all these sweet pups. “If my spending the night in the shelter for a few nights helps even one dog get adopted, I will have done my job. But I’m not stopping at just one.”

On the 12th day of Widetich’s stay, she managed to do just that. She changed the life of little ol’ Drools forever. It was Drools’ 729th day at the Colorado animal shelter, and luckily it was his last. A man decided to drive in from Boulder to take little Drools home, and he successfully left with toys, treats and a new bed made just for him. The pooch officially found his new home.

According to Drool’s new owner, he now feels like he won the lottery. But, to make this whole story better, in addition to Drools being adopted, Widetich was able to get three other dogs adopted as well! Apparently, Drools’ story managed to make several national news outlets, which inspired the other families to adopt the dogs.

Widetich noted, “We were able to establish relationships with several rescues across the country to help move longtime dogs out of the shelter and into foster homes. All of these dogs deserve a second chance at happily ever after just like Drools and I look forward to working with the shelter to ensure this continues to happen moving forward.” A happy story indeed! Remember, adopt, don’t shop, Denver, Colo! There are a lot of animals out there who are looking for their forever home just like Mr. Drools here. A happy ending indeed.