Boy and Neighbor’s Dog Play Fetch Through the Fence, Are BFF 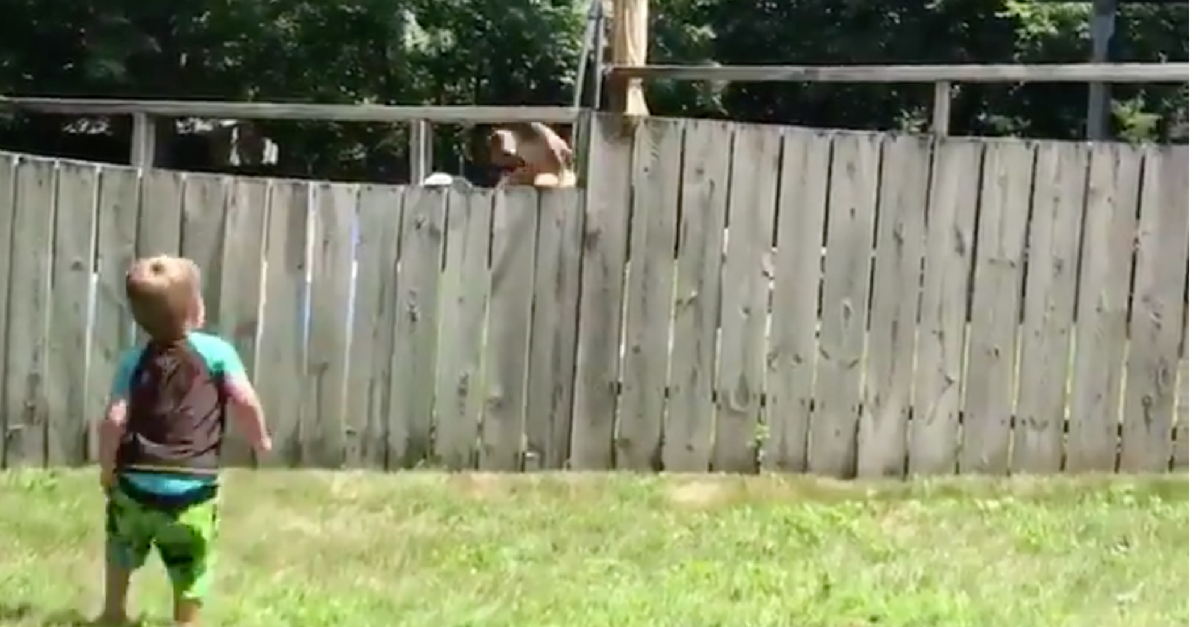 What are you stressing about today? Bills? Health? The world? THAT EVERYONE IS SCREAMING AT EVERYONE AND NO ONE SEEMS TO WANT TO STOP?

Yeah me too. It’s not fun. You know what is fun, though? Dogs. And videos of dogs being the greatest lifeform on earth. So here’s a video of a little boy playing fetch with his neighbor’s dog (and apparent best friend) through their shared fence, to remind you that, in fact, this planet isn’t so bad.

A fence can’t stop my two-year-old from playing with his new best friend. pic.twitter.com/9QBuaq4Ee2

Number one, this is the most wholesome thing I’ve maybe ever seen. Top ten at a minimum. You could project an episode of “Happy Days” onto a giant American flag while eating popcorn and apple pie and it still wouldn’t be as wholesome as this.

Second, this two-year-old has a pretty solid arm. I’d like to see the kind of velocity he can put on the ball when he’s not lobbing it. Are we going to be watching this kid on the mount? Or throwing passes on Saturday and Sunday?

Third, I very much wish that dog was my dog. I now want to play fetch with it more than I want to play Pebble Beach. That is the goodest of good boys (or girls). Just the literal definition of a retriever.

I would like my entire life to feel like this moment. I’m going to be chasing this dragon for at least the rest of the day. I will probably fall asleep drinking and watching other puppy videos, just to try to replicate how I felt the first time I watched this video. But I won’t get there. I know I won’t. So I’ll watch this video, again and again, just trying to get back there.