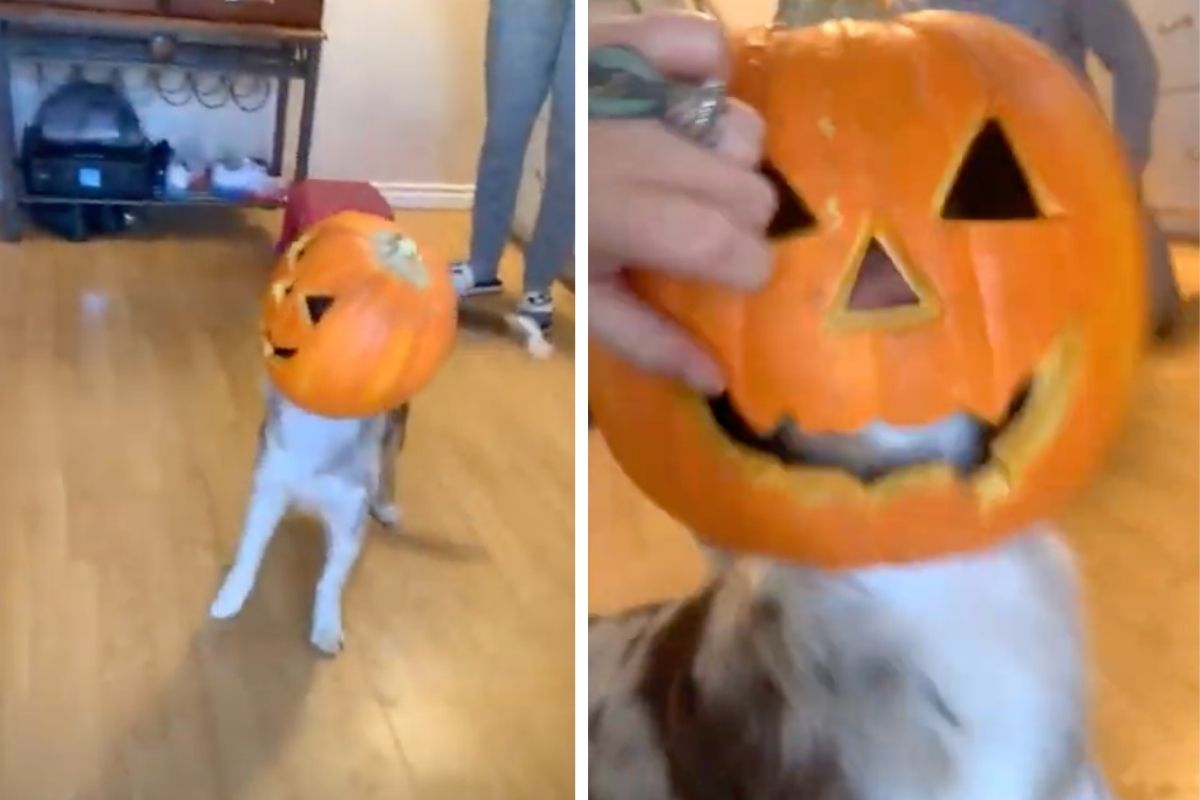 There are friends, and when you say that some pupper are sent right from heaven, but some little mischievous ones just like Luke here, can sometimes make us question our choices. But nevertheless, we’re always happy we decided to adopt a pup in the first place. Basically, according to Luke’s family, ever since he arrived at the family home it has been his mission to cause all the trouble he possibly can.

According to his mom, Becca Ann Hoerner, the Australian Shepherd puppy is always getting into things he shouldn’t, and ever since they adopted him they’ve had to pick up all things metal, dog toys, plastic, brick, and concrete items because he will carry and throw them around the house. On the first day they brought him home, the dog had apparently dragged a pipe wrench twice this size in the yard. So yes, this isn’t the first time he gets into this mess.

So, it’s Luke’s duty to basically explore anything and everything around him, which is why his family isn’t surprised anymore whenever he gets up to something mischievous. Like this time, when Luke’s family went out to run some quick errands and get supplies for Canadian Thanksgiving, leaving the dog behind thinking everything would be fine. You know, because 15 minutes is only 15 minutes, what can possibly go wrong?

But no, somehow this little Halloween howler found a way and decided to play with a jack-o-lantern, only to get stuck. Speaking with The Dodo, Hoerner stated, ?We pulled up to the house and my husband ran the bags in, but quickly ran back out of the house in hysterical laughter. He yelled for me to come into the house and the only information he would give me is ?You gotta see this.? I was immediately worried until I got to the door and Luke was there to greet me with a massive bobbly pumpkin stuck on his head!?

Can you blame him? I would have done the same exact thing because this is gold. I’m just glad that this hilarious moment was caught on camera because this is definitely a memory to remember. Apparently, the pumpkin head dog was jumping around with the carved pumpking decoration on his head, and was definitely stuck but didn’t seem to mind. The dog owner said that she genuinely thought that Luke was having a blast, especially since all kinds of things always seem to get stuck on his head on a regular basis. The naughty puppy was just bouncing around trying to make eye contact with his Ms. Bowman and his dad through the eye holes of the pumpkin, all he needed was the decorative lights. A surreal scene of chaos!

The Halloween pumpkin decoration was sitting on the side table of the family living room, and as soon as he left to run the errands, Luke immediately sprang into action and found the pumpkin. Apparently, the top decoration was also chewed up. Luckily, Luke’s mom was able to get the pumpkin off his head after taking a few photos of course, but Luke didn’t notice much of a difference.

The Halloween howler said, “It’s my Halloween costume, mom, leave me alone!” The dog was just as excited once the Halloween decoration was off his head as he was when it was on in the first place. I wish I had a Luke in my life, you can tell this pooch brings joy to this family every day. Keep being you, Luke, you deserve all the dog treats.

Watch: Massive Dog Waits Every Morning to Make Sure His Owner?s Tiny Kids Get on the School Bus Safely