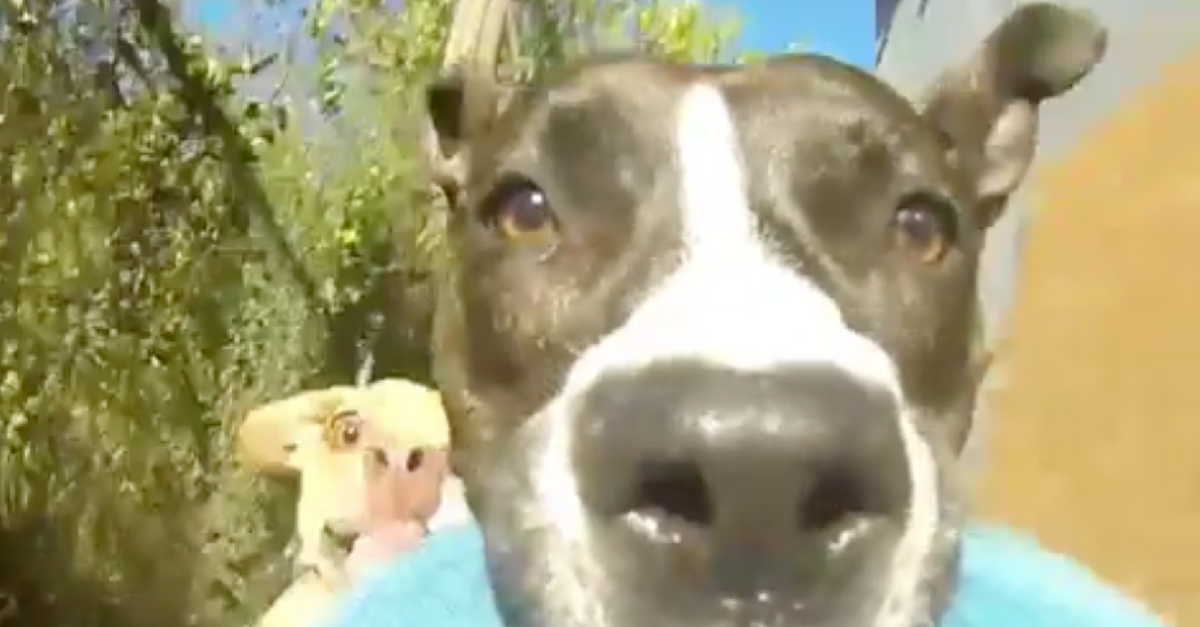 Are you feeling pretty meh today? Was getting out of bed both a mental and physical struggle? Did sitting in traffic feel akin to being a cow being led to its ultimate end in a slaughterhouse, at the hands of a sweaty, detached man holding a sledgehammer in his hands and a cigarette in his lips, mumbling to every cow they put in front of him, “Hope the pastures are greener on the other side. G’night Bessie,” before taking a drag and raising the hammer over his head? (Or, you know, however that happens.)

Then this video is for you! It’s a POV video of a dog running around his backyard, being chased by other dogs, and it’s wonderful. This video is so pure and joyous that it should probably be shown to widows or widowers immediately after they’ve been informed of their spouse’s passing, in order to prevent the onset stress-induced cardiomyopathy. It’d work for me, anyway.

Enough of my dumb useless words, though, Here’s that dog action you came for.

The only reason we have a GoPro… from Zoomies

The only problem with this video is that it’s just 39 seconds long. Maybe the owner of the dog edited it for brevity and watchability. He probably thought, “No one is going to want to watch fifteen minutes of this.”

Wrong. Give me twelve hours of this. Unedited. I can never have enough raw dog POV footage in my life. Put me in one of those A Clockwork Orange viewing chairs and inject it straight into my eyes. I want to watch this dog go on every adventure imaginable.

The best part of this video, by far, is watching the dog’s eyes. They’re all over the place. That dog’s mind is racing. It looks like Aaron Rodgers taking a snap and reading the defense. Just trying to figure out twelve different things at once, all while being chased.

The video was originally posted to Reddit by u/carmenlightning and, frankly, that user needs to spend the rest of their time posting more of these videos. Quit your job. We’ll pay you to do this all day.

This story was originally published July 30, 2018.