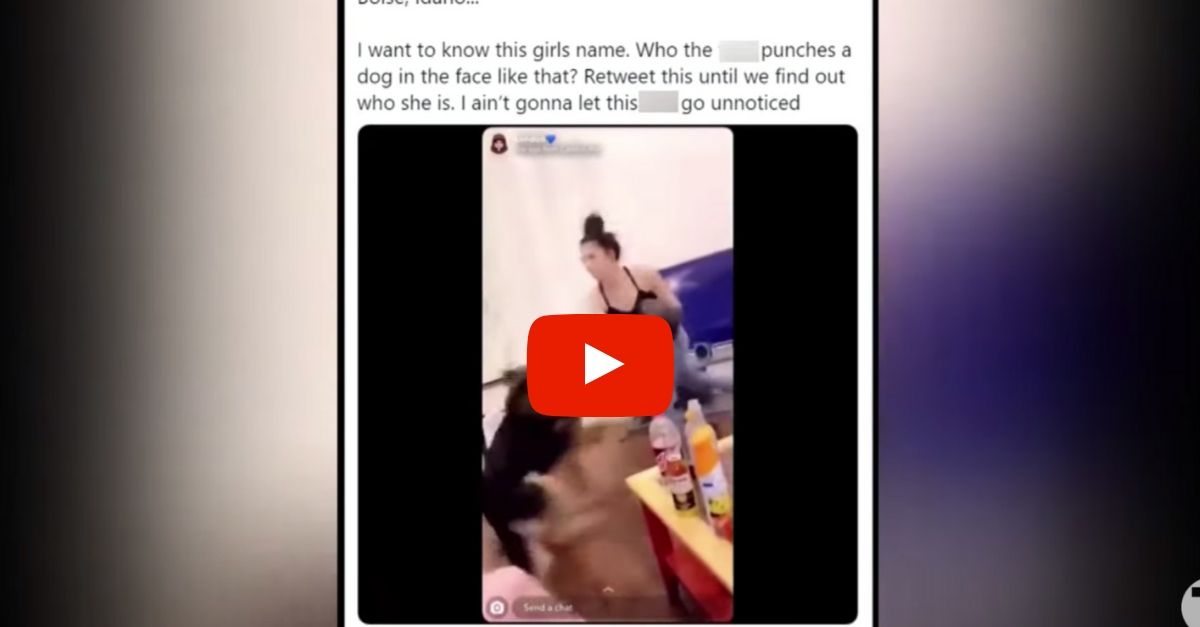 Arrest this woman right away! I will never understand how people have it in them to hurt innocent animals. People like her do not deserve to be out in the open, especially after hurting this beautiful German Shepherd who was under attack. According to the Idaho Humane Society, the incident is now under investigation after a Snapchat video surfaced showing a young woman punching a dog. The video was circulating among several social media platforms, promoting an uproar.

The original source of the video has been taken down, but several copies were made to ensure authorities find the woman accused. The video, which originated in Boise, shows a woman wearing boxing gloves and repeatedly hitting a German Shepard in the face and head. The young woman punches the dogs at least nine times, as people in the background appear to be heard laughing. At one point, the dog yelps in pain, as the woman stops to explain, “I hit him so hard, I felt that.”

After the video was posted, The Idaho Humane Society stated their Animal Care and Control officers received an overwhelming amount of phone calls and emails about the incident. The IHS launched an official investigation and luckily have identified the people involved, but have yet to name them. The Ada County Prosecutor’s Office could charge the woman under a local law that addresses harassing and beating animals. The misdemeanor charge carries a maximum sentence of up to six months in prison and up to $5,000 in fines.

Through a statement, The Idaho Humane Society reassured they are working “to protect all animals from abuse. We also believe that because domestic animals are a product of human intervention, we have a very special obligation to them in regard to humane treatment and responsible stewardship.”

Watch: German Shorthaired Pointers Are Built for the Field!