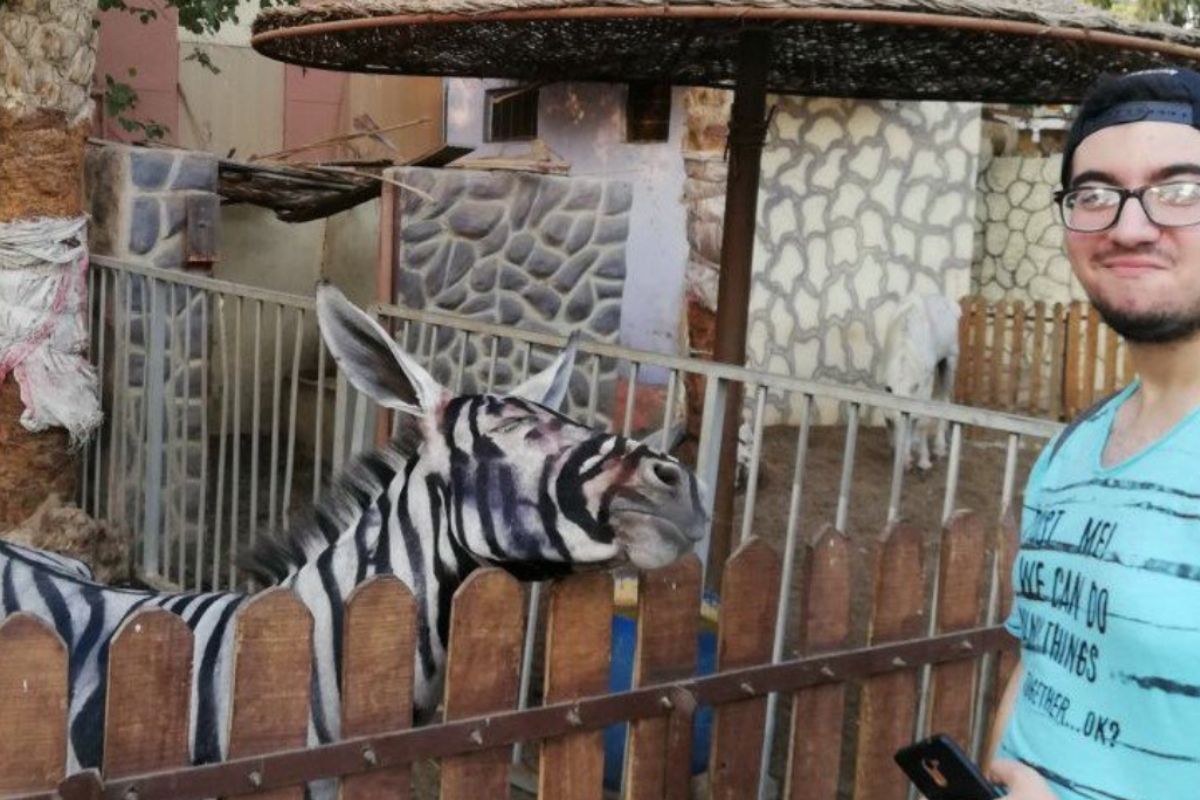 A zoo in Egypt pretty plainly broadcast to its customers what it thought of them and their intelligence when, apparently in the face of a zebra shortage (or a demand for zebras) it, instead of procuring a zebra or at least putting up a sign that said, “Sorry, No Zebras,” just went and painted a donkey like a zebra and acted like it was legit.

Even upon being called out the zoo said, “Nah. That’s a zebra.”

Mahmound Sarhan and the “Zebra”

It is not a zebra. The falsified equid was discovered by 18-year-old Mahmoud Sarhan, who posted pictures of the painted donkey to his Twitter and Facebook page.As you can see from these pictures, this animal is roughly as much of a zebra as a college basketball referee or an old-timey, 1930s prisoner.

Zoo Accused of Painting Donkey to Pass Off as Zebra

A zoo is accused of painting a donkey and passing it off as a zebra https://t.co/0btZwatCTC pic.twitter.com/OcDMtXr0Fe

The zoo — because when you’ve already committed this much why not double down? — assured people that the zebra was both, in fact, a zebra and well taken care of.

Upon reviewing pictures of the donkey a PETA official determined that donkey was definitely not well taken care of, the first and most obvious clue being that it was covered in paint. Beyond that, though, take whatever the PETA person says about an animal not being well taken care of with a grain of salt. By PETA standards, any animal that isn’t being actively fellated is being mistreated. (But really, this animal is absolutely being mistreated.)

If it weren’t for the fact that an animal was being mistreated it would be impressive how little this zoo cares about what anyone thinks of them. There has to be some sweaty, underpaid, totally detached manager who only cares about the bottom line in an office with no air conditioner giving orders to paint the donkeys and pay a homeless man to come in and wear a gorilla suit every day.

Either way, someone give this donkey a bath and find it a new home before this zoo sells it as shawarma meat.

Editor’s note: This article was originally published on July 27, 2018.