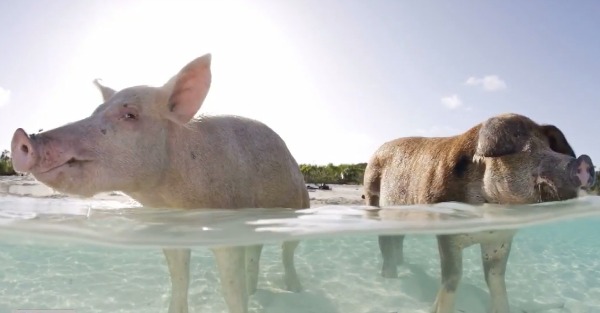 Authorities in the Bahamas think they know what killed several of their beloved swimming pigs.

Locals and tourists alike were heartbroken when more than half a dozen of the famous pigs were found dead on a beach. While several reports indicated the pigs may have died after being given alcohol and/or improper food by tourists, Inside Edition reports that the autopsies determined some of the pigs died from ingesting too much sand.

At one time, over 20 pigs once frolicked in the Exuma Cays, according to the Bahamas? tourism website.

RELATED: This island of sunshine and clear waters is chock-full of swimming pigs and you have to see it

One of the pigs’ owners, Wayde Nixon, told the Nassau Guardian that he believes the tourists are at least partially to blame for the wave of death.

?We had them pigs there almost 30 years, and never has this happened before, but now we are going to have to regulate it,” he said. “Right now it?s blowing out of proportion with people, anybody bringing food there, anybody doing what they [want to] do.?

Visitors can swim openly with the pigs and other animals in the water, but it seems those days may be coming to an end.