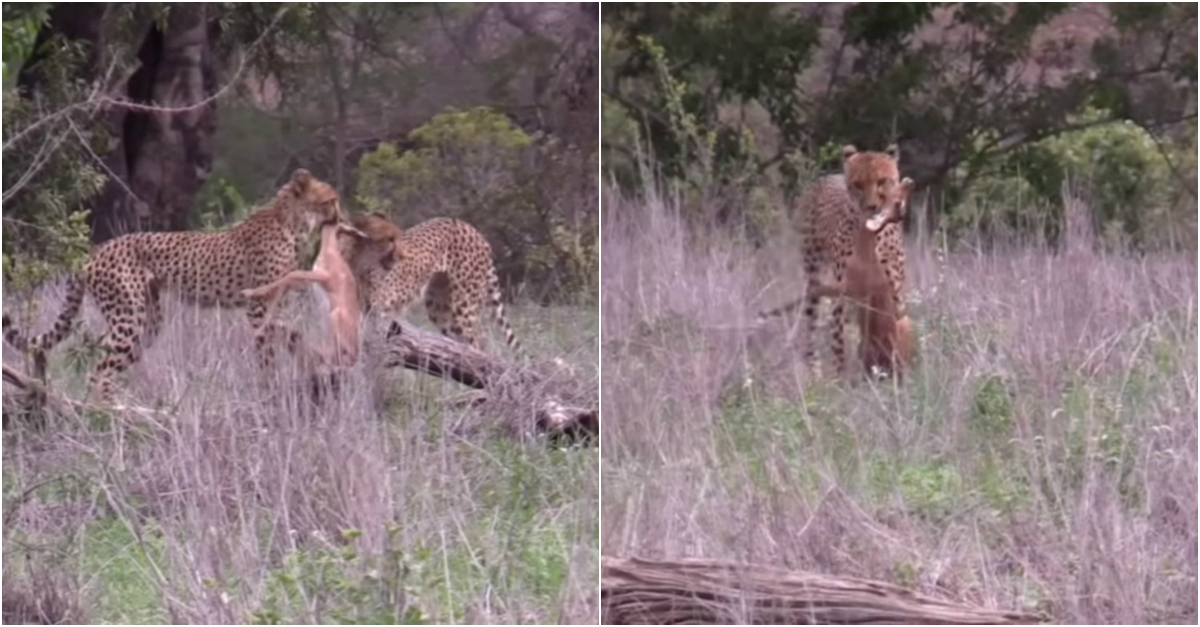 This fascinating Kruger Sightings video was captured in South Africa’s Kruger National Park by 54-year-old videographer named Stephan Greyvenstein, who was on a tour of one of the park’s area’s with his wife when he was informed by some passersby that a group of cheetahs had recently been sighted in the vicinity.

“We then came upon the cheetah sighting and immediately noticed that they were stalking a herd of impala nearby,” Greyvenstein told LatestSightings.com — a website that compiles footage of animal  sightings in Kruger National Park.

RELATED: There’s nothing on Earth this moose hates more than this Prius

“One of the cheetahs dashed and grabbed a young impala but let it lose as if inviting the mom to come to the rescue so that they could indulge in a bigger meal,” he continued. But the cheetahs’ sneaky scheme didn’t go according to plan, so they recaptured the infant impala and killed it.

“This was extremely exciting for the both of us this was the first live kill we had ever witnessed that we had caught from the stalking to the take down,” Greyvenstein said. “It was emotional as well especially from my wife’s side as this was just a young little buck. This was the first time in 25 years of going to the Kruger that we had ever had this experience so it was truly special for us.”