Feast your eyes on the biggest anaconda you’ve ever seen 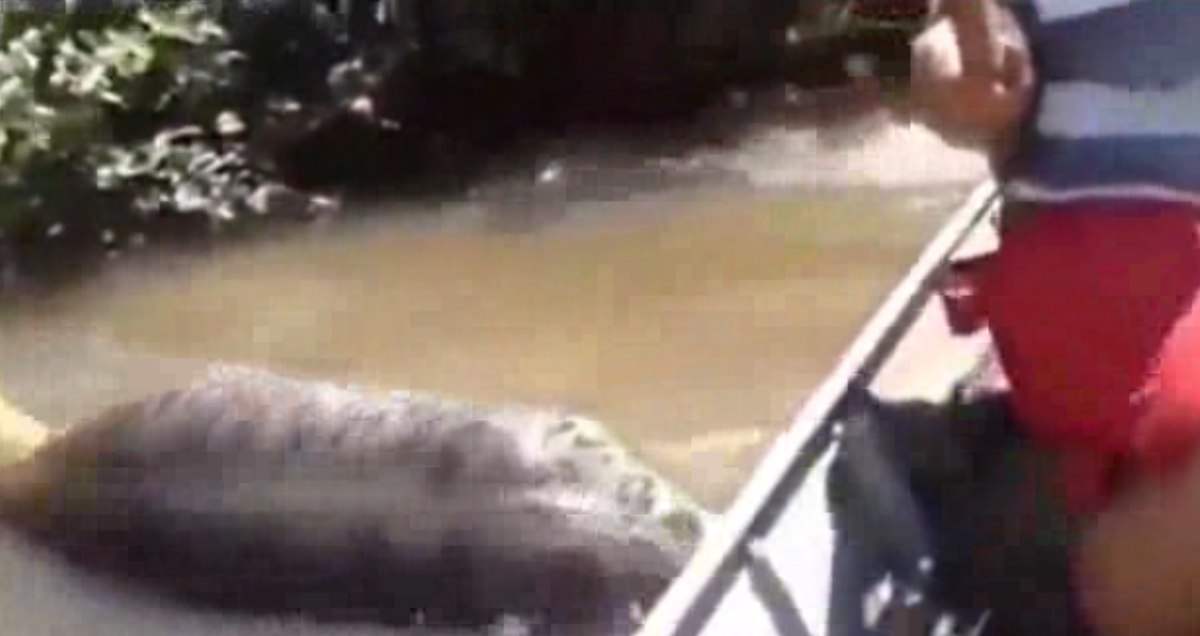 The monstrosity in the water is a giant yellow anaconda, a 17-foot serpent found in Brazil.

Three people were boating down the Santa Maria river ins Brazil when they ran into this enormous snake. The serpent, who may have been smarter than the boat passengers, tries to get away from them.

One of the boaters begins to prod the anaconda with a wooden oar. Another actually grabs it by the tail and tries to pull it in the center of the river. The snake was able to get away once but the man tried a second time before ultimately letting the snake go.

The serpent is estimated to be at least 17 feet long, and was clearly stressed by all of the action (and screaming). The snake had probably just eaten a large meal and had an obvious bulge in its belly as it swam, which hindered its ability to escape.

Anacondas live in the the Amazon jungles of South America and are part of the Boa Constrictor family. Facing danger, they often choose to slide into the water unnoticed rather than attacking.

According to the Daily Mail, the two male fisherman in the boat were each fined $600 and could face a year and a half in jail for “chasing or hunting wildlife without a license.” They should also have been fined for excessive screaming while shooting this video.