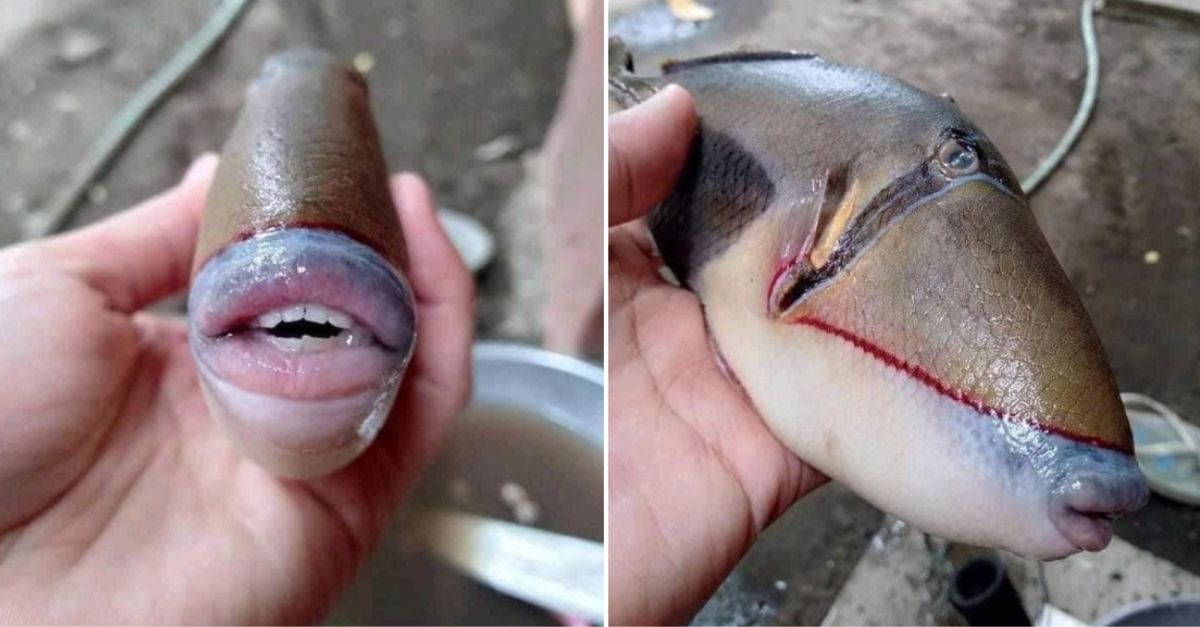 Yikes, look at how creepy this fish looks. A fisherman in Malaysia recently shared his latest catch which has a surprisingly human-like set of teeth. The photo was posted to Twitter by user @raff_nasir on July 2. The picture quickly went viral on social media as people began to comment on the lips and human-like teeth of the specimen. According to experts, the fish has been identified as a triggerfish, of which there are 40 other different types.

Tigerfish are reportedly very territorial and aggressive, charging at intruders and using their teeth to battle sea urchins and crabs. According to National Geographic, the odd-looking creature is known as ikan jebong or ayam laut. The bizarre fish is said to be highly sought for the aquarium trade which leads to fishermen gathering the threatened species. These funny and creepy looking fish live in tropical and subtropical waters.

Males are mostly known to be territorial and aggressive, charging at any intruder if they feel threatened. The species can grow to be around 3.3 ft, the largest being the ‘stone triggerfish’ which is found in the Eastern Pacific from Chile to Mexico. Usually, these fish are “attractive animals” and have become “too popular for their own good.” Because well, just look at those creepy chompers!

Experts at the World Wildlife Fund confirmed the fish as a Blackpatch triggerfish (Rhinecanthus verrucosus) because of its very distinctive orange side stripes. A Spokesperson for the WWF started, ‘It’s a well-known species with a wide distribution from Seychelles to the Great Barrier Reef, which would include Malaysia.”

I guess this goes to show us that we really don’t know what is down in the deep deep parts of the ocean. If there are other fish like this…I think I’ll stay out of the water for a bit. This is just scary and gross at the same time. What’s next, fish with hands and feet? Nah, not today! We have enough with piranhas.

Editors Note: This article was originally published on July 17, 2020.

Watch: ‘Penis Fish’ Flood California Beach, and Yes, They Look Exactly Like What You Think