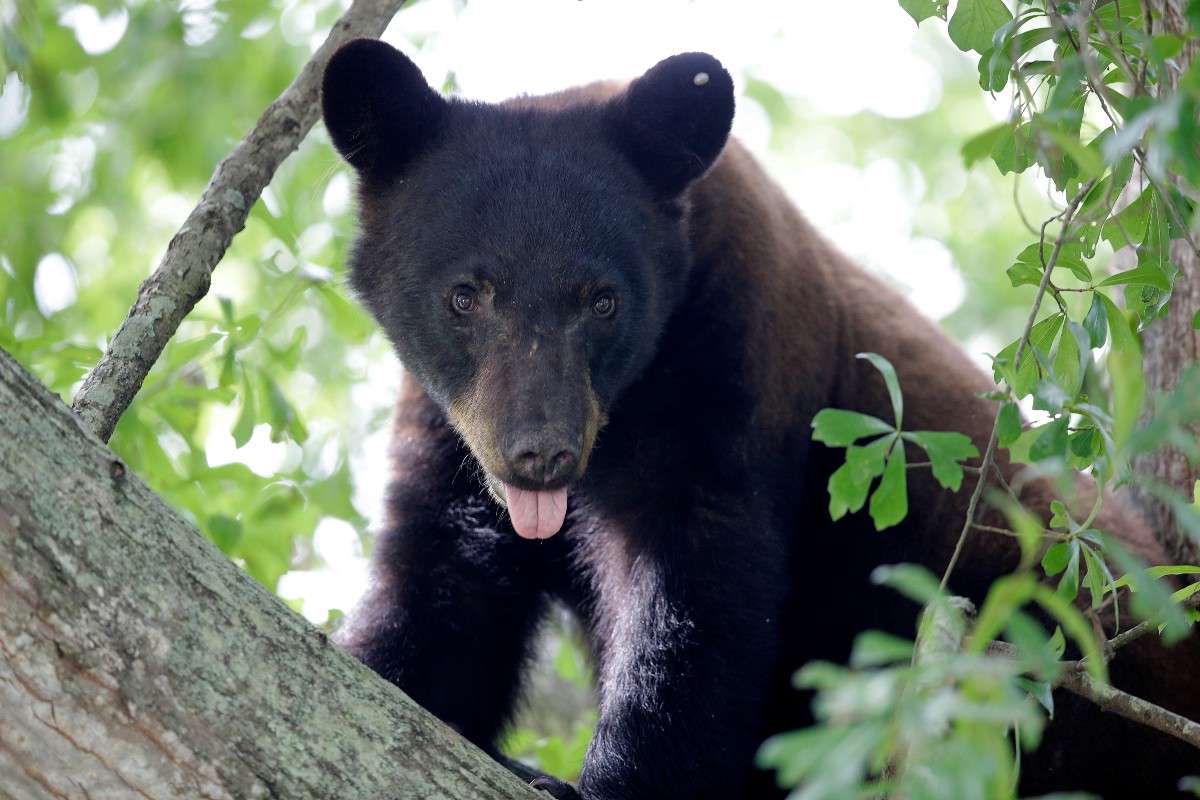 Under the cover of the towering trees of the Ocala National Forest, a Florida married couple was able to film a series of cruel social media videos featuring hungry black bears and a pack of aggravated dogs.

As the Ocala Star Banner reports, Charles Scarbrough and his wife Hannah Weiner Scarbrough were part of a group of at least seven others who lured bears using donuts, pastries, drums of dog food, and gallons of peanut butter in the Orlando national forest.

Once the animals were within range, the group would sic a pack of trained dogs on the unsuspecting bears.

The gruesome videos show bears being chased up trees in an attempt to escape the packs of dogs, only to be attacked if they fell to the ground. In some of the videos, the dogs appear reluctant to attack the bears, but the suspects removed their leashes, laughing and goading them on. In one instance, a member of the group shot and skinned a bear, according to prosecutors.

In a press conference at the Lowry Park Zoo in Tampa, Attorney General Pam Bondi said that some of the bears were less than a week old. At least two bears were confirmed dead from the attacks, though Bondi suspects that there were more.

Bondi said that the couple was using the videos to “drum up business” for their training school for hunting dogs. ?It was for profit, but I believe it was for their own sick pleasure,” she said.

The 11-month investigation began when social media users began to report the videos online, which were being used to advertise around the country.  Florida Fish and Wildlife Conservation Commission agents then set up surveillance video at a Krispy Kreme and witnessed some of the suspects taking bags of stale doughnuts from the dumpsters to use as bait.

Meanwhile, his wife pleaded guilty to charges of unlawful taking of a black bear and unlawful use of a communication device. Charles faces more than two years of incarceration, but his sentencing was delayed under the terms of his plea deal, in which he agreed to cooperate with prosecutors against his co-defendants, according to The Associated Press.

His wife Hannah faces five years of probation. Hannah must also pay $27,000 to cover the investigation and prosecution costs and is prohibited from training and breeding dogs.