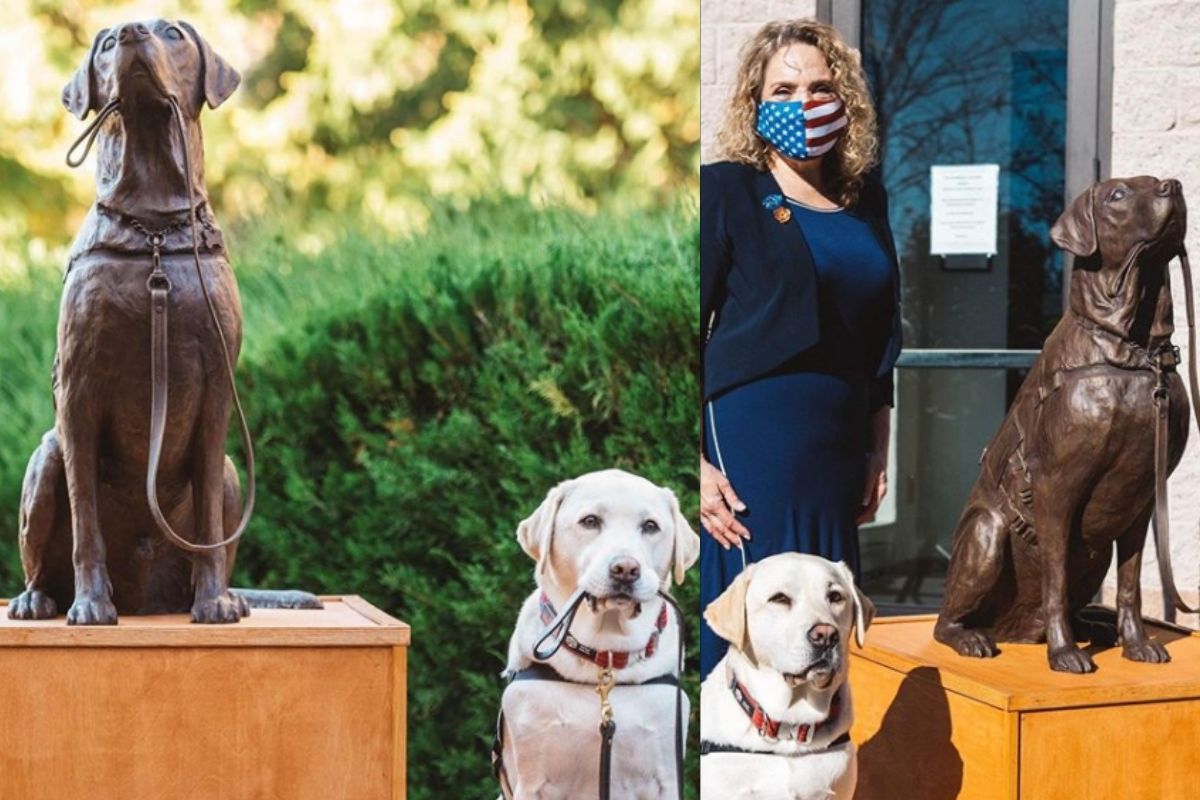 The beloved former service dog of the late former president George H. W. Bush was honored with a statue on Veteran’s Day. Crafted out of bronze by renowned sculptor Susan Bahary, the sculpture of the lovable Sully now sits outside the America’s VetDogs’ campus in Smithtown, New York.

Sully was trained by America’s VetDogs, a non-profit for veterans that will breed and train service dogs, eventually placing them with veterans for free. Sully was trained and matched with Bush in June 2018, providing the late president with companionship and day-to-day assistance with tasks for six months until the 41st president of the United States passed in November 2018. After his help with Bush, Sully became popular and loved, “a national treasure,” and now works as a facility dog at the Walter Reed National Military Medical Center in Bethesda, Maryland. There, the assistance dog comforts other veterans and their families while at the facility.

This also isn’t the first life-size sculpture honoring the beauty of Sully. In College Station, Texas, another statue mirroring the one in New York, sits at the George H.W. Bush Presidential Library Museum. The new labrador sculpture features Sully holding his leash in his mouth while in a sitting position. He’s wearing his official America’s VetDogs service dog vest, which includes the Great Seal of the United States on the back.

Sully still stays in touch with the Bush family as well. The dog’s special bond with the family was evident when on Veteran’s Day, he checked in with Jenna Bush and her daughters 5-year-old Poppy Louise and 7-year-old Mila over a video call. The cherished service dog’s loyalty will always remain with the family as Poppy said, “Hello little doggy, I want to hug you,” and her older sister Mila asked, “Do you remember Great Gampy?”

Sully’s Reunion with the Bush Family

Sully the service dog, who was President George H.W. Bush’s companion during his final months, is being thanked for his service to military veterans in a special way. @JennaBushHager shares the story. pic.twitter.com/hfv7bhX8SI