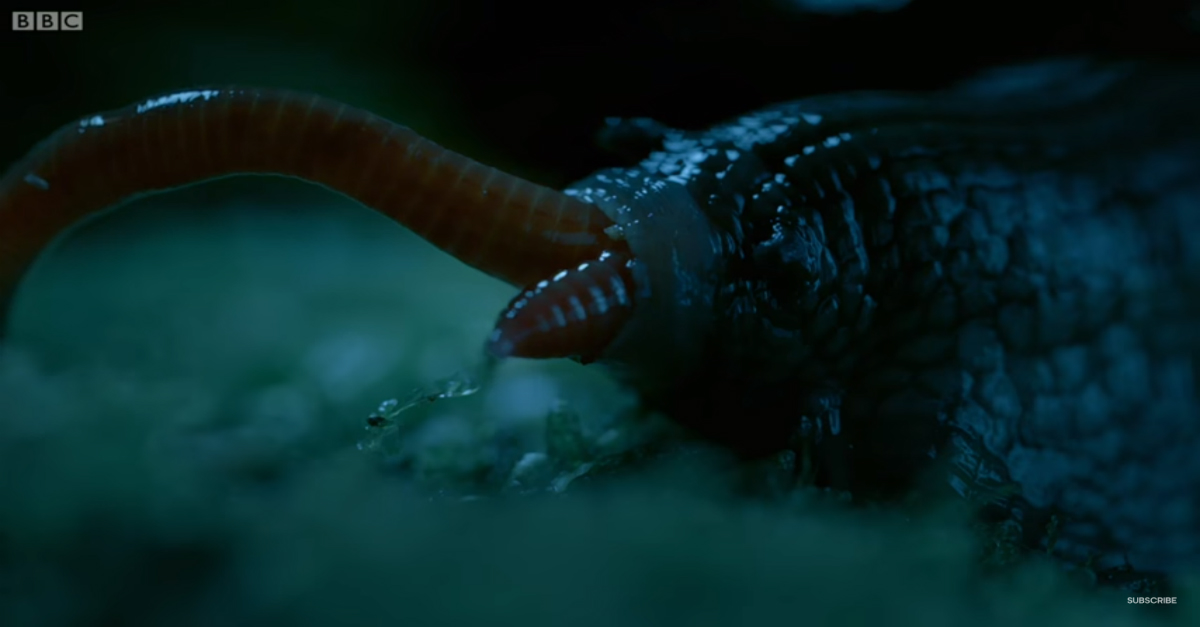 The creature in question is a giant snail — known as the Powelliphanta snail — that dwells in damp, moist areas of New Zealand forests, according to the country’s Department of Conservation. They’re an endangered breed whose numbers are dwindling thanks to the feeding habits mammals like the weka, a flightless bird native to New Zealand. Introduced predators like goats and cows have also contributed to the Powelliphanta’s population decrease. The narrator also said that the snails are so rare, “they only can be filmed in captivity.”

RELATED: Researchers recently discovered something about mosquitoes that will make your skin crawl

But despite being easy prey, this snail is also a lethal predator — as you’ll notice if you watch the video above. The rare giant snail — which can grow to the size of ?a man?s fist,” according to the clip’s narrator — has its sights set on a tasty-looking worm, which it quickly sucks up like a deadly vacuum cleaner.

It may seem like the worm is being swallowed whole, but in reality, it?s being sliced into tiny pieces within the snail?s radula — where its 6,000 teeth are housed.

Powelliphanta snails can live up to 20 years — imagine how many earthworms they can grind up in that time.