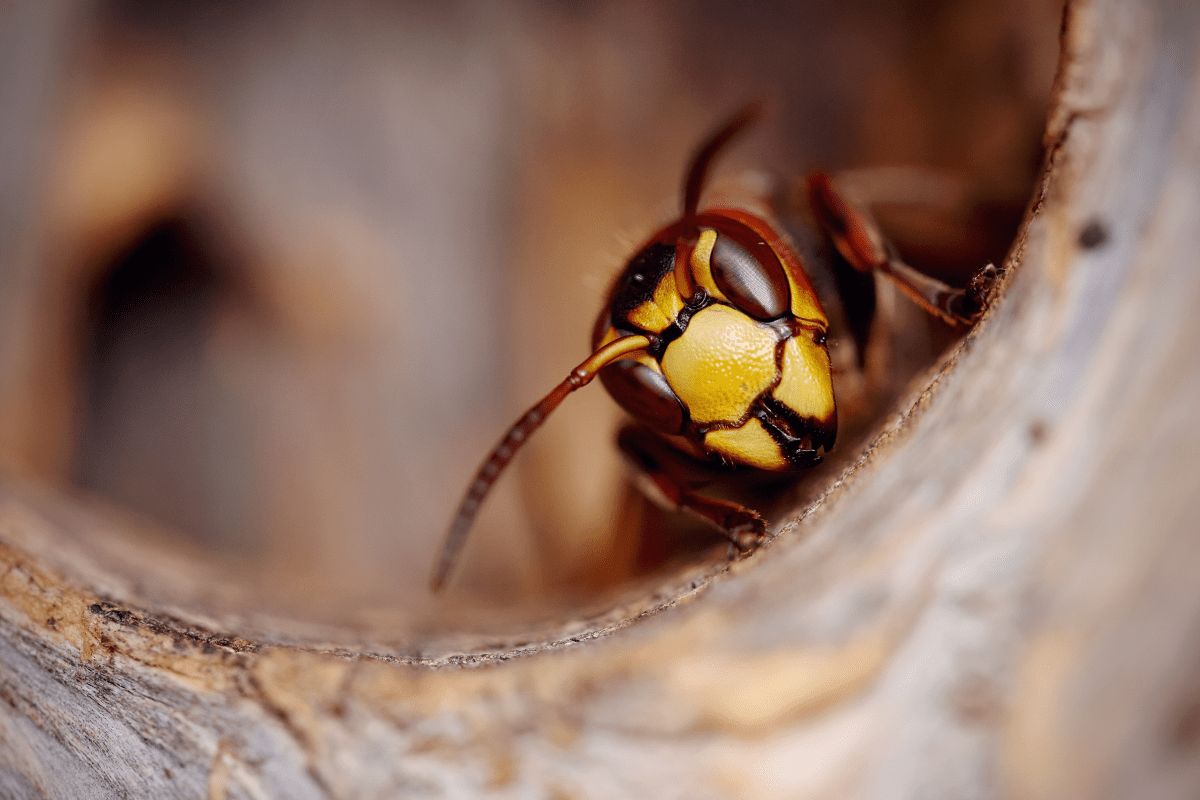 The apocalypse is going to blow pretty hard. If the overture features wasp nests the size of cars growing in your backyard presumably by the time the first act begins we’re going to have whole unstoppable streams of Yellow Jackets and hornets flying up our asses and out our mouths, leaving our innards completely liquified in the process. Or, you know, something like that. So start constructing your homemade flamethrowers, because that’s what pest control is now. It’s warfare.

Fortunately for most of us, these giant wasp nests are primarily being found in Alabama. That’s not the only part of the United States they show up in, but it’s one of the most more prominent areas where this hell nightmare pops up. Entomologist Charles Ray spoke to the New York Times about the nests. He credits warmer winters with allowing these wasp and hornet nests to get so big. According to Ray, the winter usually kills off pretty much all the wasps except the queen, who can withstand the cold but are left alone to rebuild old nests or build a new nest somewhere else. But when the weather stays warmer more wasps and queens live, growing the wasps’ nest exponentially.

Yellow jacket ‘super nest’ found in Alabama. 500K wasps in it. UGA expert says says if you see 2 in your yard, there may be 2-thousand nearby. 5pm pic.twitter.com/rmU5kAk4KZ

Typically begun in wall voids and tree trunks, these super nests can expand up to the size of a Volkswagen Beetle and house as many as 18,000 wasps. That’s especially fun because wasps like Yellow Jackets are responsible for almost all the stinging deaths in the United States. Unlike a honey bee, Yellow Jackets can sting repeatedly, which means in large numbers they can kill you real bad.

I've seen those little wasp nests. I get out my little spray can and blast that thing, job well done. What in the heck do you do when you find a yellow jacket "super nest" like this one in Alabama? It has around 15,000 yellow jackets in it. https://t.co/zZlQ0aCdWP pic.twitter.com/iDUgi6t5Ko

Experts warn that anyone who finds a gigantic Yellow Jacket nest on their property should contact a professional pest controller and not handle the menacing infestations themselves, though they understand your urge to engage it with dynamite and fire.

When James Barron went into his smokehouse in southern Alabama to grab an ax, he was alarmed to see a giant wasp nest about seven feet wide extending along the wall. It had been two months since he h… pic.twitter.com/pzzSDMrwxs

So if you are an Alabama resident enjoy doing all your outdoor activities in a beekeeper suit. Or dying. Those feel like the only two options.

Watch: THAT’S A HUGE WASPS’ NEST! (NO, BIGGER THAN ANYTHING YOU’VE EVER SEEN)