Gator Speeds Across Pond to Rip Fish Off Girl’s Line 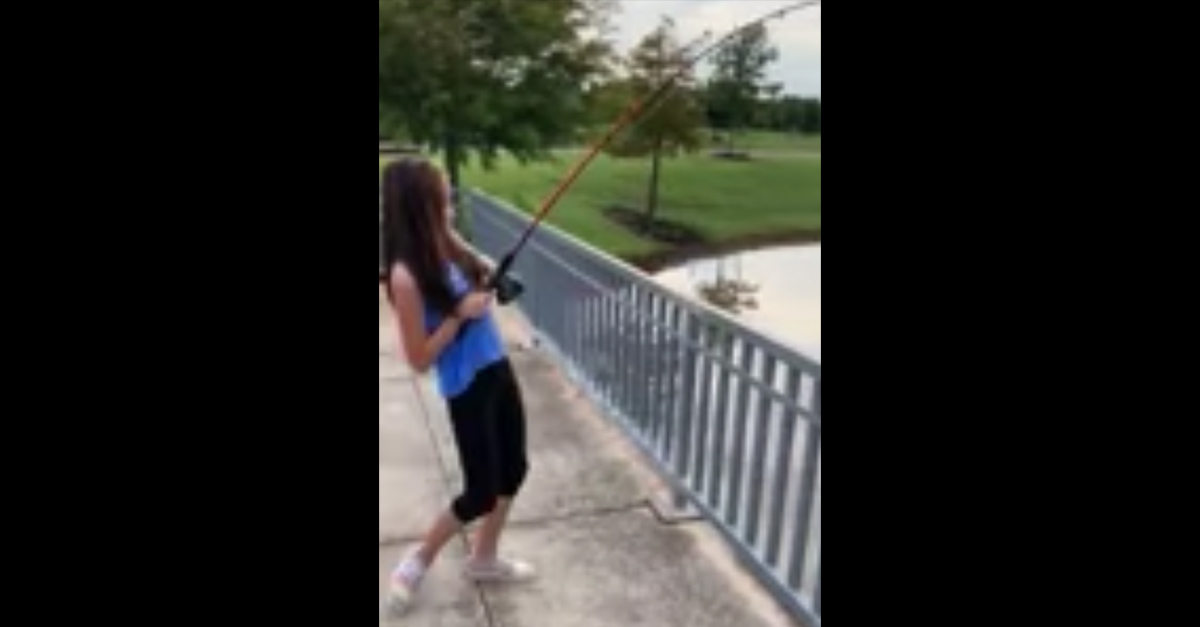 A Houston girl was having a fun little afternoon outdoors fishing with her family when she and the rest of her clan got a nice little reminder that gators are scary as hell.

Video of the fish-stealing, speed demon gator was shared by the Fulshear Police Department on Facebook. They called the animal, which was filmed on a lake in Fulbrook on Fulshear Creek, a “speedster.”

In the video you can hear the girl’s father narrating the action. His daughter has the fish on a hook but the gator already has its sights set on the floating piece of food. The girl tries to reel the fish up as fast as she can but she’s no match for the gator’s swimming speed. You can actually see the gator kick it into second and then an absolutely ridiculous third gear to make sure that meal stays in the lake.

As soon as the gator nabs the fish the girl’s dad is rightfully like, “Okay let go let go” just in case the gator is stronger than it looks too. Nobody is ever in the mood to fish their kid out of an alligator infested lake.

1. So does this pretty much prove that if you find yourself in the water staring down a gator you have to fight it? Like, back up slowly out of the water and hope it doesn’t come at you, but realize that there’s no way you’re going to outrun it so get ready to break all your fingers punching it in its snout.

I think it does.

2. Just a fun afternoon in the American South of playing with some alligators. It’s so surreal to me, a native Midwesterner. It feels like my childhood equivalent would be running outside to throw tennis balls at a tornado to see if it would toss them back.