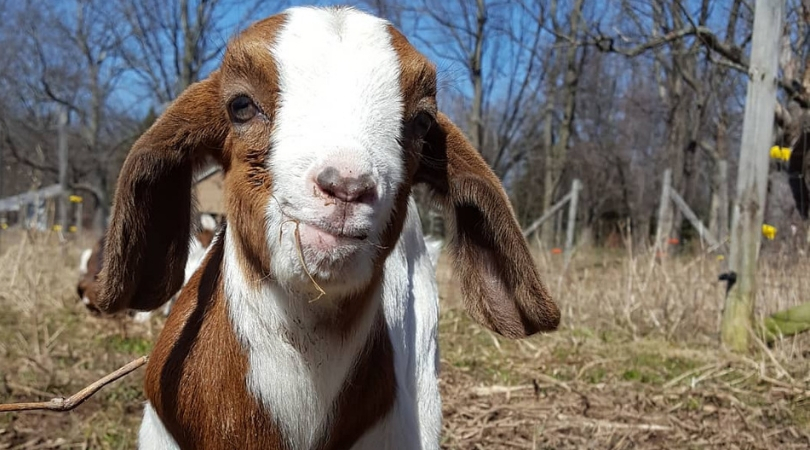 The internet is full of goat videos, it?s no secret. Let’s face it, goat videos are pretty great, they cheer you up when you need it and make you feel good about yourself every time. Goats are those type of animals that just make people happy, and they seem to reciprocate the feeling back (unless you ultimately make them angry, of course). As I was searching around the internet for more goat videos, because who wouldn’t, I found an article titled ?Goats Prefer Happy People.? I was immediately intrigued, as everyone should be, and I clicked on it only to realize that we do not deserve goats.

You see, one of the most important life questions that I learned while reading the article, was that one must always ask themselves “What is the best way to make a goat happy?? I know, it sounds crazy, but I have come to the conclusion that this question defines our way of living. Why? Well, believe it or not, as in the case of any human relationship, the answer to that specific question is simple. How do you make a goat smile? According to science, by flashing a simple smile!

Yes, according to Royal Society Open Science, goats not only recognize happy human facial expression, but goats are actually drawn to them! Researches at the Queen Mary University of London decided to recruit 20 goats, 8 females and 12 males, for their ?happy? study. The goats were released into a pen lined with black and white photos of humans making happy and angry faces.

The study revealed that the goats seem to be more interest in images of smiling people, and they even walked over to them and began to touch them with their noses. If that?s not cute, I seriously don’t? know what is. Happy faces on the right side of the pen attracted the most interaction, indicating the goats indeed liked to process positive emotions on the left side of their brains. Yup, just like humans do. Fun Fact: The same things go with dogs, they really really know how to read human facial cues. In 2015 a study showed how trained dogs were able to discern between angry and happy expression, even if it was just a photograph placed on someone’s face! I guess goats and dogs aren’t too different, huh?

Although the study was small, and perhaps the results could be a bit different if the goats were interacting with actual humans instead of pictures, I’d like to believe that the way to make a goat happy is simply by that. Just a pure smile. Safe to say a goat is much more social and sophisticated animal than many consider. Goats may even be close to being another ?best friend? of man! Maybe?