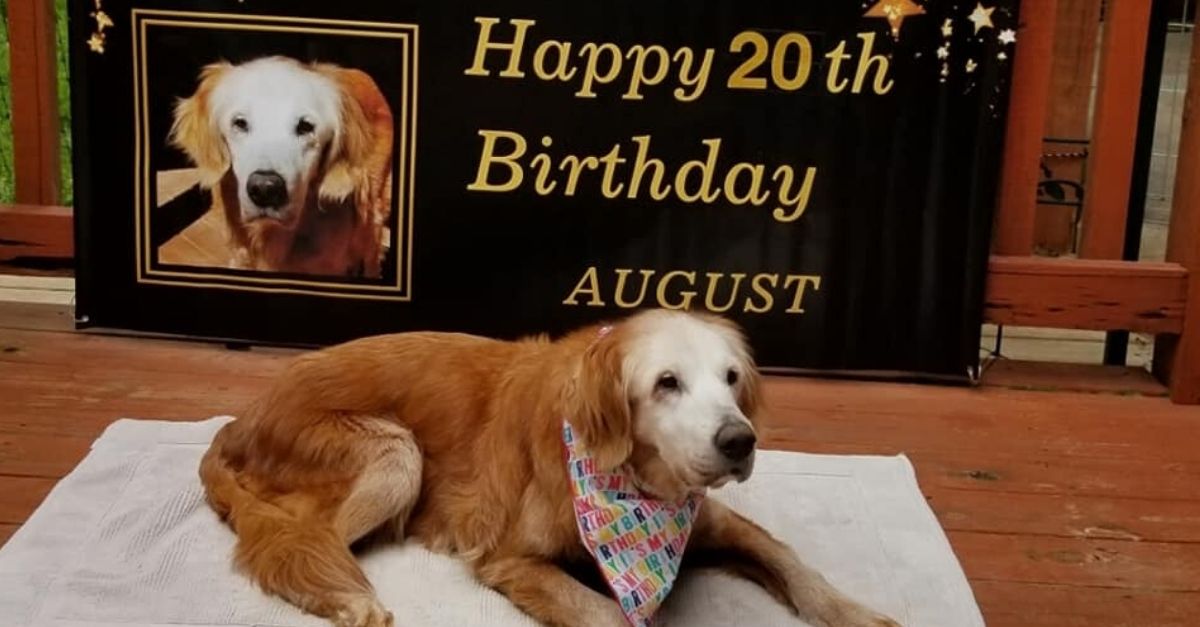 A dog in Tennessee has now become the oldest living golden retriever in history after celebrating her 20th birthday! Yes, this dog is saying, “age is just a number” and we are all for it! According to a recent blog post from the GoldHeart Golden Retrievers Rescue, the pup called August, or “Augie ” turned 20-year-old on April 24. She currently lives with owner Jennifer and Steve Hetterscheidt and had two previous homes before they adopted her when she was 14.

The rescue group spoke about the beautiful pupper, stating, ?They figured that most people wouldn?t want such an elderly golden, but they had no idea of the upcoming journey they would be on with Augie. They?ve taken her on RV trips all around the country, she?s got several canine and feline siblings, and she gets to play fetch in the pool.”

Safe to say both Steve and Jennifer have been rewarded with more than six-years of love and loyalty for the record-holding golden. Usually, most golden retrievers live between 10 and 12 years, but the adorable pup decided to laugh at the universe’s face and refused to give up. GoldHeart Golden Retrievers Rescue shared photos showing gray-haired Augie wearing a birthday bandana, and enjoying a very cute dog-friendly carrot cake.

The pup also enjoyed some quality time with her other golden retriever siblings, Belle, Sherman, and Bruce. Augie has been able to live a long and fun life due to her great genetics, but also thanks to her owners who take good care of her, ensuring they have a good relationship with their vet.

Despite the Tennessee dog’s age, Jennifer stated her pet has kidney issues, but is still very surprisingly healthy. Although she gets big shaky when she first gets up, she can move well and enjoys those daily walks all around her yard. The organization shared some tips for helping your Golden Retriever live a long life, which includes listening to your veterinarian and your dog, feeding your pup a quality dog food, grooming your golden retriever regularly, and exercising regularly.