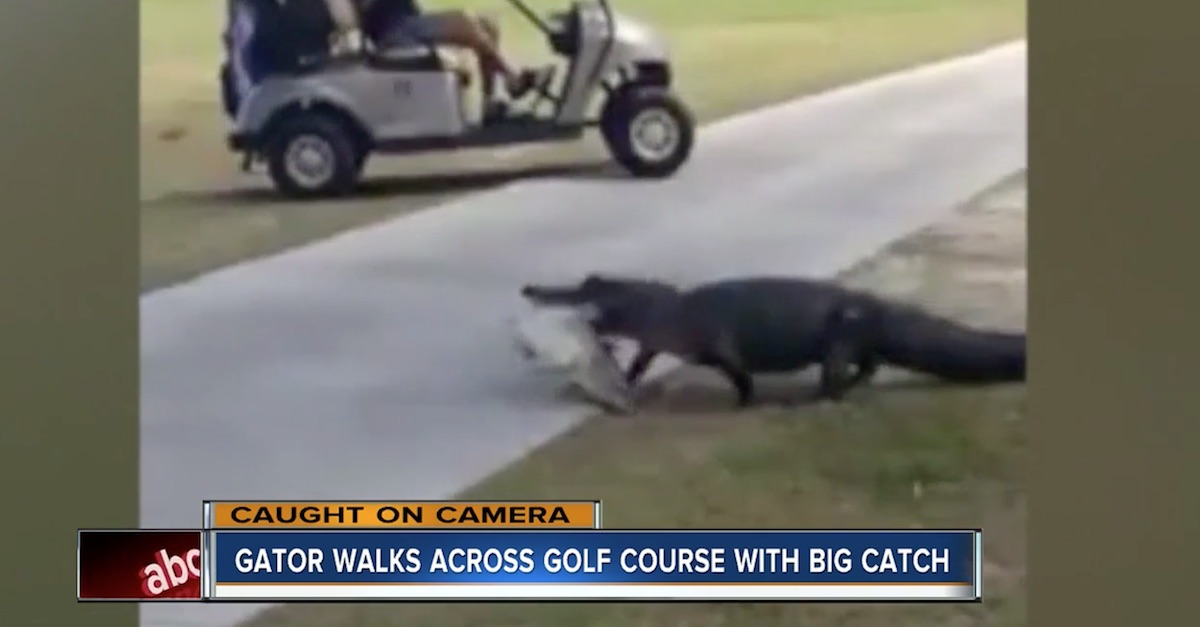 Meanwhile, in Florida, just another gator on the golf course story has come across the wire.

RELATED: These boaters were stunned when a gator wrecked their whole day on Facebook Live

Maybe word has gotten out in the gator community that you can just do whatever you want on golf courses considering humans are just going to record you existing. These creatures are never shy about exploring the links and often appear to own the place.

Norma Respess had her camera rolling when the beast emerged with a big fish snack in its mouth.

“That’s amazing, I’ve never seen that before,” she said. “I’m glad you got the fish.”

The North Carolina woman, who was on vacation with her family, got a heck of a touristy sight.

RELATED: An enormous alligator was caught on camera taking a stroll through a Florida nature preserve

“I’ve seen gators that big before, but never anything like that,” she told ABC Action News.

The gator takes its sweet time strutting its stuff down the sidewalk, showcasing the catch for amazed and terrified people.