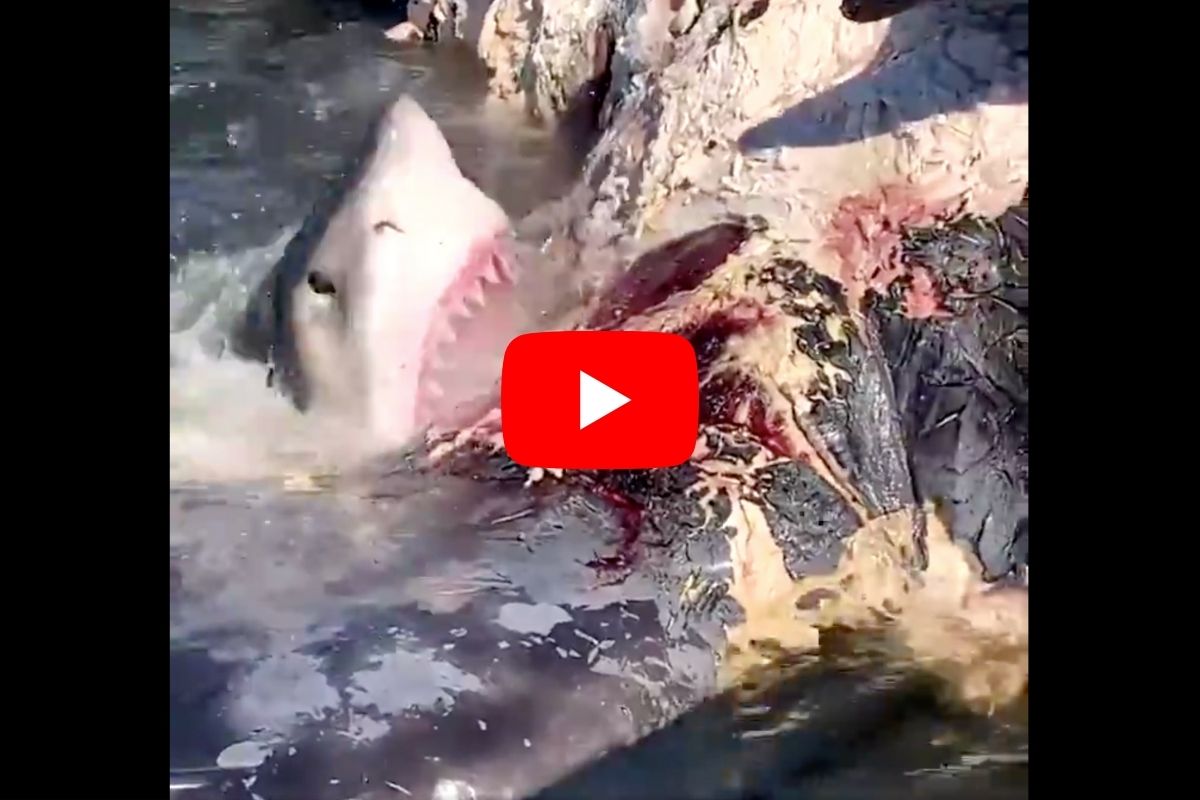 Maybe one of the best days I’ve been alive. So much work went into finding this whale and the scene was one I’ll never forget. From 9am till we left it was a conveyer belt of large sharks. Sometimes we tagged, some times we just watched. Thanks for the help @MA_Sharks pic.twitter.com/p1fBnwkFU4

Capt. Chip Michalove offers fishing charters in the South Carolina Lowcountry, through a company called Outcast Sport Fishing. He’s also a shark enthusiast. So when Michalove noticed dozens of great white sharks feasting on a dead whale, he was not scared. He was fascinated — and took some gory, gutsy videos of the rare natural moment. Michalove’s videos went viral last week and are now being reported as breaking news. Deservedly so.

The whale, which is a North Atlantic Right whale, is an endangered species. This one in particular was discovered dead after getting caught in fishing gear… then floated down from Canada to South Carolina! It’s unbelievable to imagine this natural cycle beginning in the Great White North and ending close to Southern cities like Savannah and Charleston!

Chip Michalove has been called a shark whisperer, and has a long history of getting close to the sea animals — even the vicious great whites. On February 4, 2021, Michalove caught, tagged and released a 12-foot shark. Check out that photo, above, of the big guy coming up on the side of the boat!

Thanks to Michalove’s tagging, Greg Skomal, a scientist for the Massachusetts Division of Marine Fisheries, can now use that data to study and understand the shark’s behavior. Both Michalove and Skomal hope to help the species remain “sustainable and healthy” according to The Post and Courier.

A Shark Sighting in Cape Cod!

WATCH: Man Gets Bitten by Shark for $100 Bet