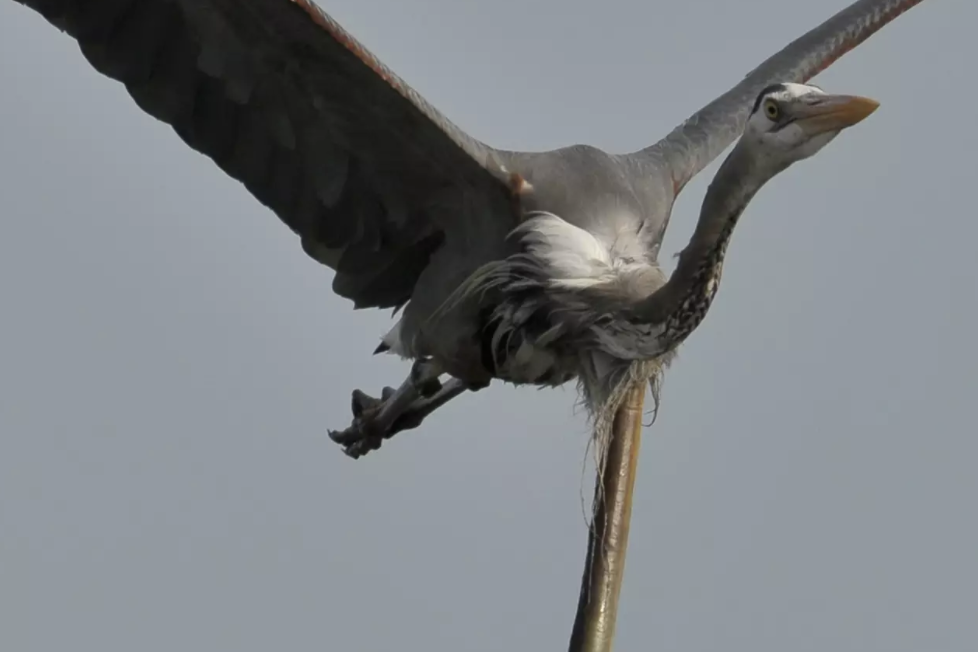 Nature is metal, as they say. In the latest example of this, a photographer snapped a stunning photo of an eel burrowing its way out of a heron’s throat mid-air after the bird swallowed the animal.

Snake Eel Bursts Out of Heron Like an Alien

This is some wild stuff. Life, uh, ah, uh… finds a way, apparently. A way out of being eaten, in this instance. The morbid photo, captured by amateur wildlife photographer Sam Davis of Maryland while at a wildlife refuge, proves just as much. This family of eel species, the snake eel, actually does find a way to not be eaten. They have a hard pointed tail tip on their tail made specifically for burrowing out of trouble. Specifically stomaches and the like. This thing literally burrows out of a predator’s stomach wall when it gets plucked off the soft sand of the floor of the ocean and swallowed whole. In this instance that would be the great blue heron’s gut cavity.

Halloween came late for nature fans this year. This isn’t a photoshop. The pics are legit. According to Davis things got even darker from there. The heron, which was being murdered from the inside out, was also being followed by two young eagles that sensed they could get an easy meal out of the heron’s predicament. It wasn’t clear how much longer the heron lived (like five minutes?) but Davis was able to snap the pics of a lifetime while he still could.

That said, Davis decided not to post them to his Instagram account or on social media, presumably because they are pretty gross. (We love gross here, though.)