His passion for wildlife is unmatched 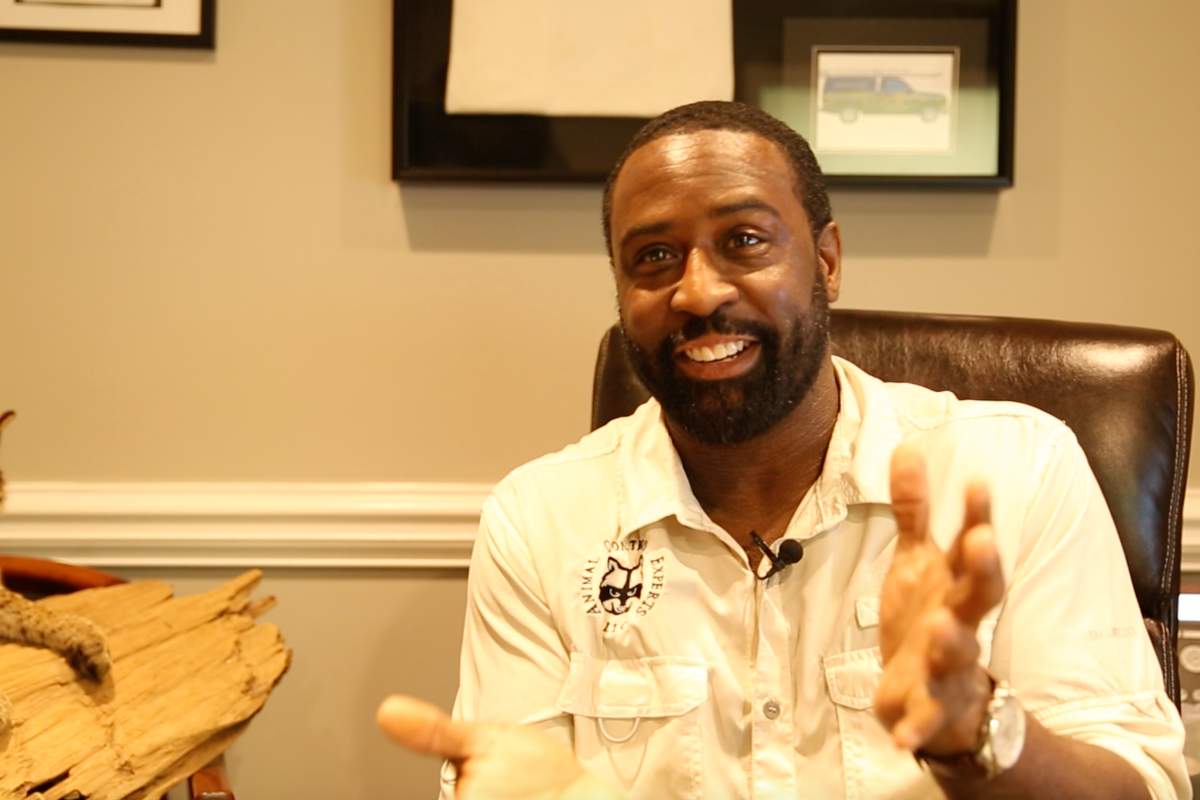 Robert Hood grew up right outside of Atlanta, Ga., in Decatur. Growing up Robert did not have the same interests that other kids his age did. He was special. Unlike most individuals who spend their entire life looking for their purpose, Hood knew what we wanted to devote his life to at a young age. Wildlife removal is the name, and catching wild animals is the game. Robert’s interest in wildlife initially stems from his younger years, spent watching animal special on PBS. “Wild America,” with Marty Stafford, was one show in particular that further encouraged his love of animals and passion for wildlife.

Hood is the co-owner of Animal Control Experts, located in Hampton, Ga. The organization’s main goal is to remove any unwanted wildlife from corporate and residential areas, while also respecting and valuing each animal they come in contact with. Opossums, raccoons, squirrels, snakes, bats, coyotes and foxes are just a few of the animals that Hood’s team regularly come in contact with. He says:

It’s important that my team is trained and prepared to come in contact with a variety of animals when they are called to a specific job. Our employees are constantly being trained on how to handle certain animals in a noninvasive way for both the customer and the animal they are dealing with. The company’s name is Animal Control Experts for a reason.

RELATED: Inventive crew made a life-saving rescue after one of its members heard cries for help

After sitting down with Hood, it was quite obvious that he has a genuine passion for the work that he does and the utmost respect for the individuals that he trains. One of those individuals, Michael Branch, spoke with us about his experience with wildlife and his appreciation for Animal Control Experts. Branch, a Nuisance Control Wildlife Operator, grew up in a small town where hunting and catching animals was nothing out of the ordinary. Landing a job with Animal Control Experts was nothing less than a dream come true. Branch explained: “Getting to rescue some kittens, or baby opossums that are stuck in a wall, or freeing squirrels that have fallen down a chimney and getting there before they’ve died — that’s definitely the best part of it for me.”

These two men share the same passion and respect for wildlife, near and far. They stand firm on their belief that wildlife and humans can co-exist; we just have to do a little research on the creatures that surround us and respect the habitats they reside in.

Animal Control: How to Trap Wildlife

Animal Control: Be Aware of Wildlife