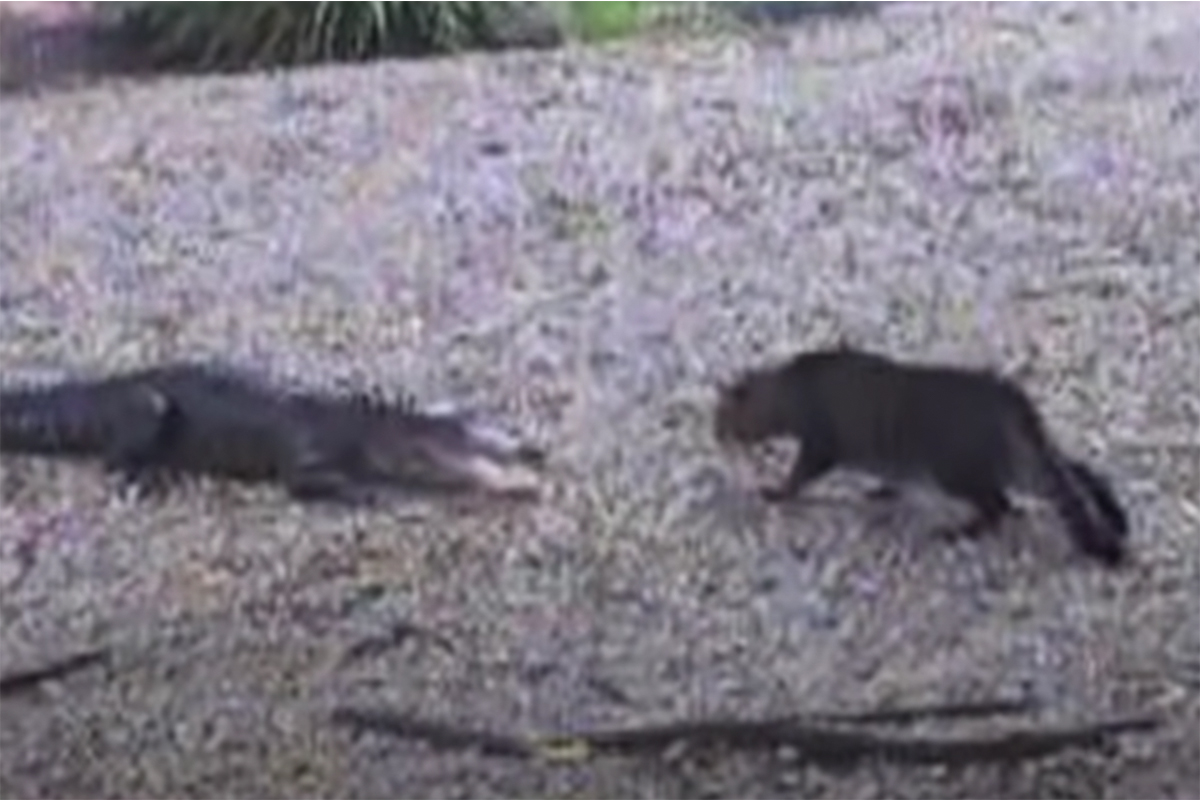 A Florida man witnessed a staredown between two ruthless, dead-eyed apex predators — an alligator and a housecat — and not only lived to tell the tale without being killed as collateral damage but was able to post the showdown to Facebook.

The man heard a scratching at his front door and, fortunately for him, instead of being a bath salt ravaged swamp zombie covered in the contents of a Waffle House dumpster, it was just a giant gator.

Despite there being a dinosaur trying to break into the family’s pet cat was entirely unconcerned. Family friend Ed Werdell posted the picture of the staredown to his Facebook.

<blockquote>We have friends in Sarasota FL that heard noise at their front door.  Take a look at what they found!!!  Wow!</blockquote>

Sadly, there was no cat fight. Or gator fight. Or however you’d classify this. We didn’t even get a gator or cat video. Just a pic. Probably for the best. If the two had actually squared off either the gator would have ripped the cat in half or the cat would have made a snide, cutting comment to the gator and it would have gone into a self-doubt spiral and eventually drowned itself.

That’s why cats and dogs are the natural rivalry. A dog is impervious to cat rudeness.

I’ll be honest there isn’t a whole lot else to say about that first photo other than it’s funny and Florida is barely America. Or even present-day Earth. So here’s a video from JukinVideo of a cat and two gators throwing down. Don’t worry, the cat wins.

That said, please do not let your cats walk up to gators. They will probably die. Badly.

Watch: Tiny Fearless Puppy Chases Bear Out of Back Yard