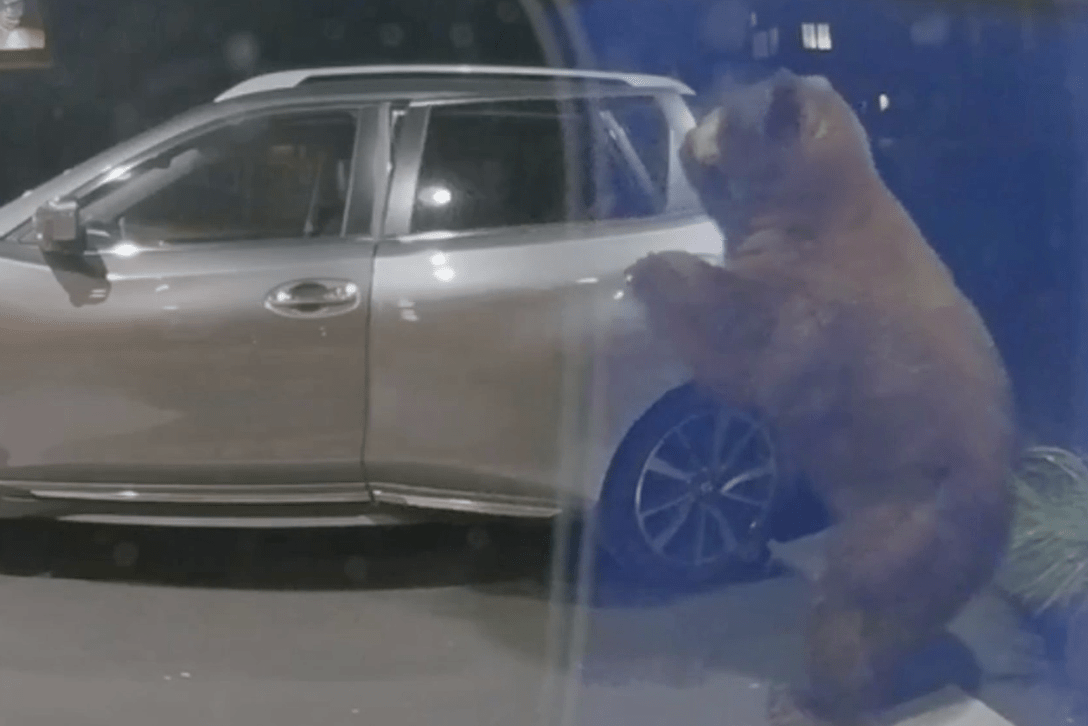 A bear way too smart to be allowed to live was seen near Lake Tahoe in Tahoe City, California opening the door to an SUV to get at a cooler and other items from inside.

Bonnie Lofstedt, the woman who owns the home the SUV was parked outside of, saw the visiting bear and chased it off for a moment before it came back and ran off with a cooler.

According to the Nevada Department of Wildlife and California Department of Fish and Wildlife, Tahoe bears in both Nevada and California are more actively looking for food this time of year thanks to their upcoming hibernation. Bear encounters and sightings, property damage, and big furry break-ins like this are likely to increase in bear country as these bears seek to consume all the calories they can and store food in their bodies in order to sleep through the winter.

Black bears seek out all sorts of food sources leading up to hibernation, including discarded human food and pet food, bird feeders, dumpsters, garbage cans, food storage such as fridges and ice chests in unlocked garages, and small children (just kidding… sort of).

Expect increased bear activity in the area, from South Lake Tahoe up to the north, and definitely don’t run outside unprepared if you hear something rummaging around in your trash can. Based on this bear’s ability to open a car door there’s a good chance you’re going to walk outside and find a bear holding an AR-15, ready to take you hostage and keep you in its cave until it’s ready to have a mid-hibernation snack. Remember to always have a good escape route when you think a grizzly bear might be picking the lock on your back door in the middle of the night in order to get inside your home and hide in a crawl space until it’s time to strike. Call law enforcement if you want but clearly, these bears are smart enough to have already bribed the cops. You’d have to get all the way to Reno before you found a cop not in the pocket of the bear mafia.

Watch: 2 Bears That Had a Wilder, Better Weekend Than You