Watch These Abandoned Dogs Get Rescued From Hurricane Florence 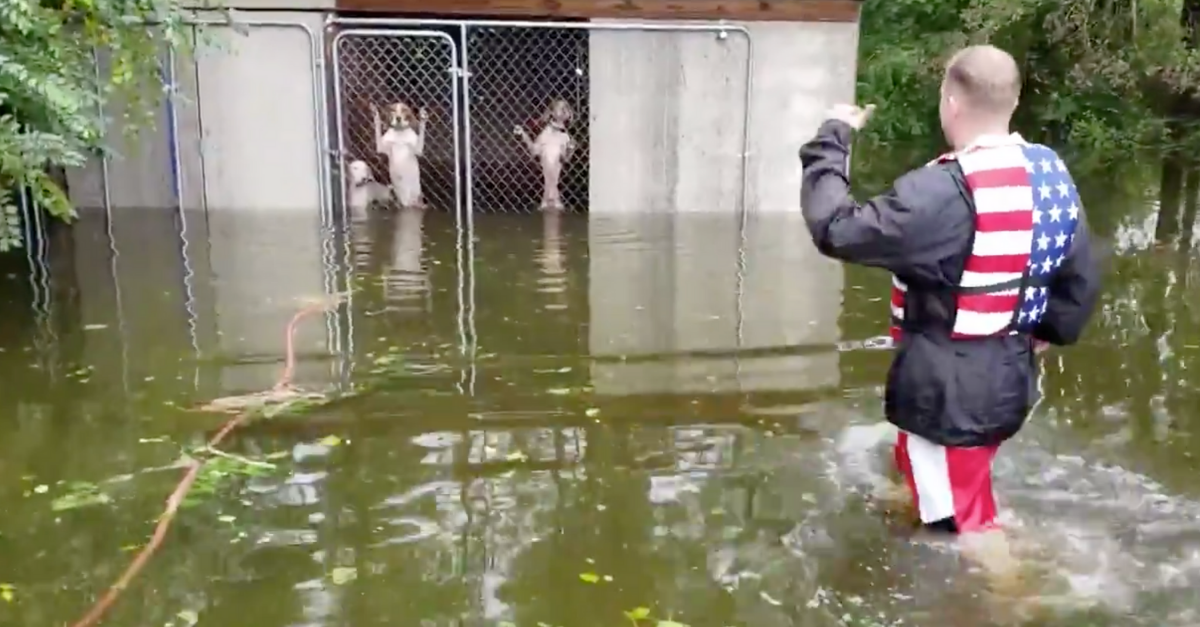 A hurricane is not excuse to leave your pets locked up, waitingto die a slow, terrifying, watery death. Natural disasters aside, there are plenty of stories about boxes of puppies being left on the side of the road in the middle of nowhere, or dogs that wouldn’t survive a night being tossed out into the woods. It’s rage-inducing. But seeing these videos from Hurricane Florence has somewhat restored my faith in humanity. But I hope the owners of these poor dogs never get another pet for the rest of their lives.

Rescued six dogs in Leland, NC, after the owner LEFT THEM locked in an outdoor cage that filled with flood water that was rapidly rising.

We got them out, but by the time we left, the water was so high that they would have drowned. BRING YOUR PETS WITH YOU! #HurricaneFlorence pic.twitter.com/tRibGxCjXy

Be sure to thank the @USCoastGuard for — among their many heroic actions — saving about a dozen beagle pups from the flooding in North Carolina.pic.twitter.com/I252pRyU8l

@SDoyleWrites These trapped dogs & chickens in #NorthCarolina were perched atop any higher surface they could find to try to escape #HurricaneFlorence floodwaters before our emergency rescue team moved them to safety. Updates here: https://t.co/exx39uJoXz pic.twitter.com/Pa8hWixZVt

Whoever owns the property these beagles were found on deserves animal cruelty charges. Do they know what it’s like to be locked up and helpless?

The Coast Guard, the volunteers, and everyone else who was out there on rescue teams deserves serious praise. After their services, hundreds of people lined up to adopt the abandoned animals.

Editor’s Note: This article was first published on September 17, 2018.

Faith in humanity restored. I’m glad all these pets were able to find loving forever homes out of the hell they were rescued from.

Watch: 5 Ways to Have the Best Valentine’s Day with Your Pet