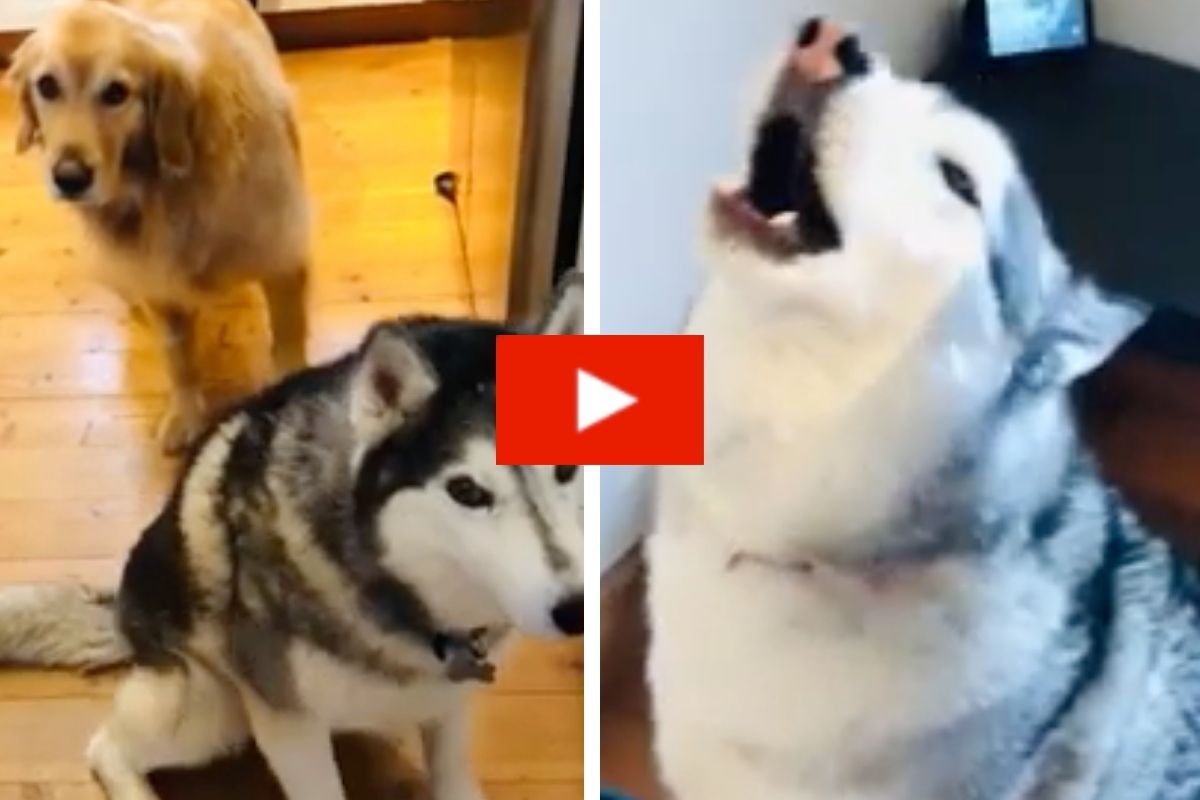 When trying to communicate with man’s best friend, things can get a little tricky. And for Chris Boudens, he’s not exactly sure if he’s understanding his two gorgeous huskies accurately, but their responses are hilarious nonetheless. Jackson and Nico, Boudens’ beautiful pups feel some type of way when hearing Billy Joel’s “Piano Man,” and we can’t tell if they’re trying to say they hate it or they love it.

The pet video of the two huskies from Canada first gained popularity of the social platform, TikTok, showing Boudens asking his Amazon Echo, “Hey Alexa, play ‘Piano Man,'” which is what he also captioned it when he posted it on social media. When the harmonica comes on in the 1973 classic throwback, Jackson sticks his nose in the sky and immediately lets out the most shrill “Chewbacca-esque” howl. He howls as he continues the song, and his fellow husky, Nico, starts to mimic him.

And if you thought the yelping was hilarious, the video didn’t stop there. Towards the end of watching all the howling, Boudens’ third dog, a golden retriever named Zoey, who has clearly been watching her brothers comically express whatever opinion they have of this song, looks back at the camera when Boudens points it at her with the most unconcerned, unfazed facial expression you could ever see a dog give. Not to mention, Boudens explained that this isn’t the first time the husky bros have screamed into the void when hearing this song.

Hilariously, although we can’t really tell what Jackson and Nico are trying to say about how they feel about the song, we can definitely see how Zoey feels about her siblings’ howling. Maybe the two huskies are feeling moved by song enough to express what we’ve all been feeling lately, with all the breaking news from President Joe Biden’s inauguration and Trump’s impeachment, to Gamestop basically blowing up the stock market, to Marilyn Manson getting outed as an abuser, to looking forward to the Super Bowl, and to still dealing with the coronavirus pandemic sending countries in and out of lockdown.

So maybe those huskies are up to something you know? Right now, the world is still moving along as crazily as it always does, so maybe sometimes it just takes howling it out and–I don’t know–getting some ice cream after or something.