It’s eagle vs. cobra in this epic battle of the predators 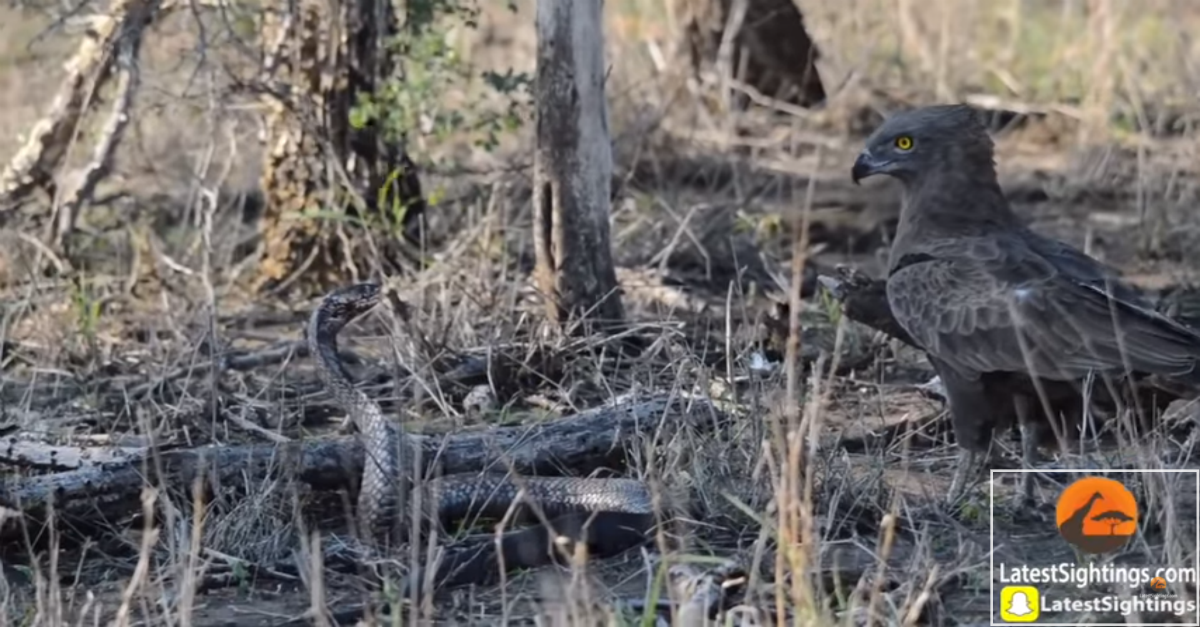 This video featuring a showdown of epic proportions was uploaded to the brilliant Kruger Sightings YouTube channel, which contains hundreds of enthralling wildlife videos recorded at the Kruger National Park in South Africa.

The two contenders in the battle are a Brown Snake Eagle and a Snouted Cobra, according to the video’s description. The eagle is clearly thinks the cobra is easy prey, and it attempts to wrap its talons around the venomous reptile’s tail several time before changing tactics.

The cobra gets into a defensive pose and tries its hardest to intimidate the eagle. At first, the eagle stands its ground an continues with its quest. Watch the video to find out how successful it is.