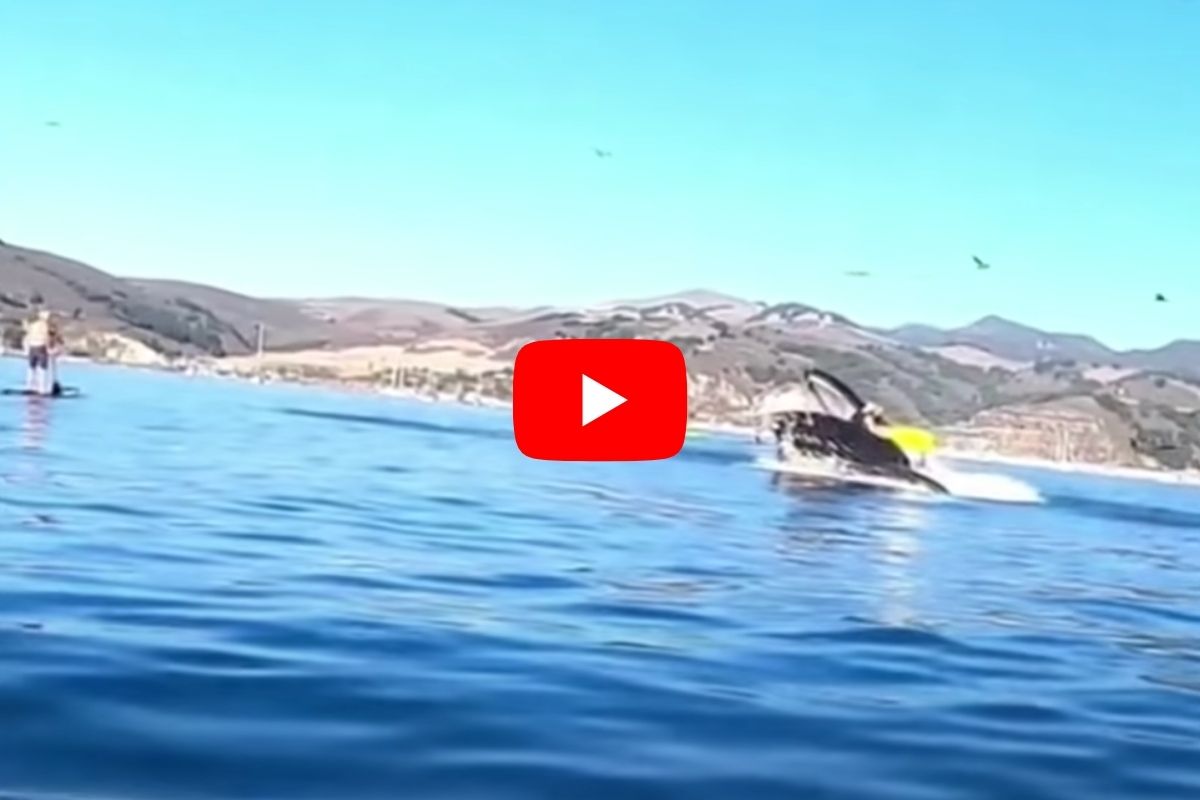 A pair of kayakers in the water off the coast of Avila Beach near San Luis Obispo, California were almost swallowed whole by a humpback whale while floating above a school of baitfish.

Julie McSorley and her friend Liz Cottriel went for a terrifying ride. The pair were in a bright yellow kayak floating above a big pool of fish — a big bait ball — when, from seemingly out of nowhere, a humpback whale exploded from of the water, its enormous mouth wide open. The breaching whale was just trying to eat a bunch of fish. Instead it got a fake banana and two ladies.

The kayak, naturally, immediately capsized upon getting absolutely smacked by the whale. The kayaking, whale-watchers, meanwhile, disappeared into the whale’s mouth! For a second it looks like they might be gone for good.

A Close Encounter Turns into a Great Story

Fortunately for McSorley and Cotriel, they didn’t end up as giant whale poop. (Or, maybe more accurately, whale barf?) They were not swallowed and, thankfully, they did not drown thanks to nearby paddle boarders and fellow kayakers who came to the rescue. And now they have a funny story about how a confused whale almost murdered them. All’s well that ends well.

And really, what a story. You basically get to say you got Pinnochio’d. And if someone says pics or it didn’t happen, boom, you got that video. That close call had got to be a hell of an adrenaline rush. A pretty good high that they might be chasing for the rest of their lives now… if they’re ever brave enough to enter the water again. Certainly, a more extreme outcome would have come running into an orca; killer whales might not spit you back out so easily.