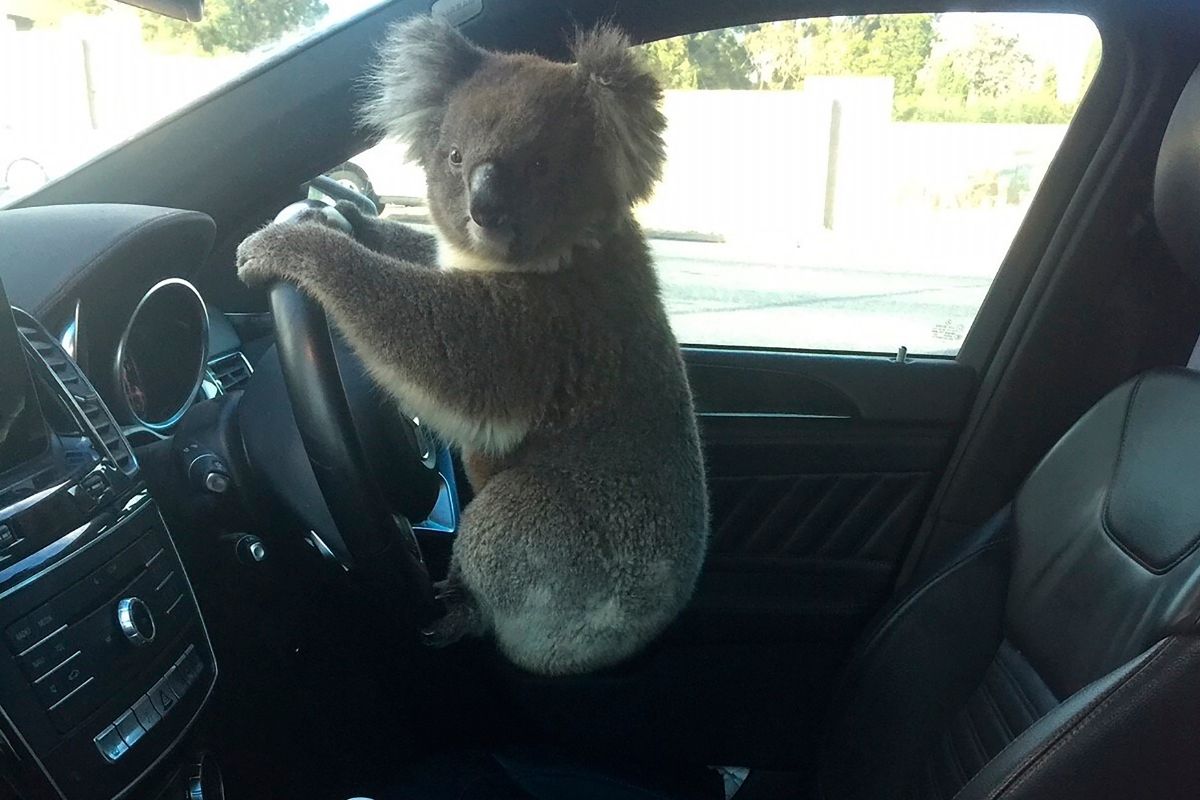 With the start of Donald Trump’s second impeachment trial, painful footage of the Capitol riot has been airing all day. So why not take a break from the dark news, and turn your attention to sunny Australia: the ultimate site of unbelievable animal hijinks. This time, a koala was the culprit. Rod McGuirk, reporting from Canberra, Australia for the Associated Press, said the cuddly creature ran onto a six-lane freeway in Southern Australia, causing a five-car pileup. And that’s not all the mischievous koala got up to.

The Pileup in Adelaide, Australia

In the Australian city of Adelaide, a koala caused a 5-car pileup on the freeway during yesterday’s morning traffic. Nobody was injured. But in the chaos of the collision, onlooker Nadia Tugwell became an animal rescuer when she stepped up to investigate the crash site. Living near a eucalyptus forest, she was familiar with how to interact with koalas. Tugwell, with the help of a stranger, captured the unharmed koala on the road. Tugwell then set off to return it to wildlife experts. But that’s where their journey got even more interesting.

While stopping at a gas station, the koala escaped from the trunk of Nadia Tugwell?s car and climbed up into the driver’s seat. Tugwell, noting the koala’s fascination with the steering wheel, got out of the car and started taking cute photos — which have been trending all day. The car’s leather interior trimmings sustained some serious scratches, but it was definitely worth it for the viral content. See below, including a pic of the rescued koala after its release back into nature.