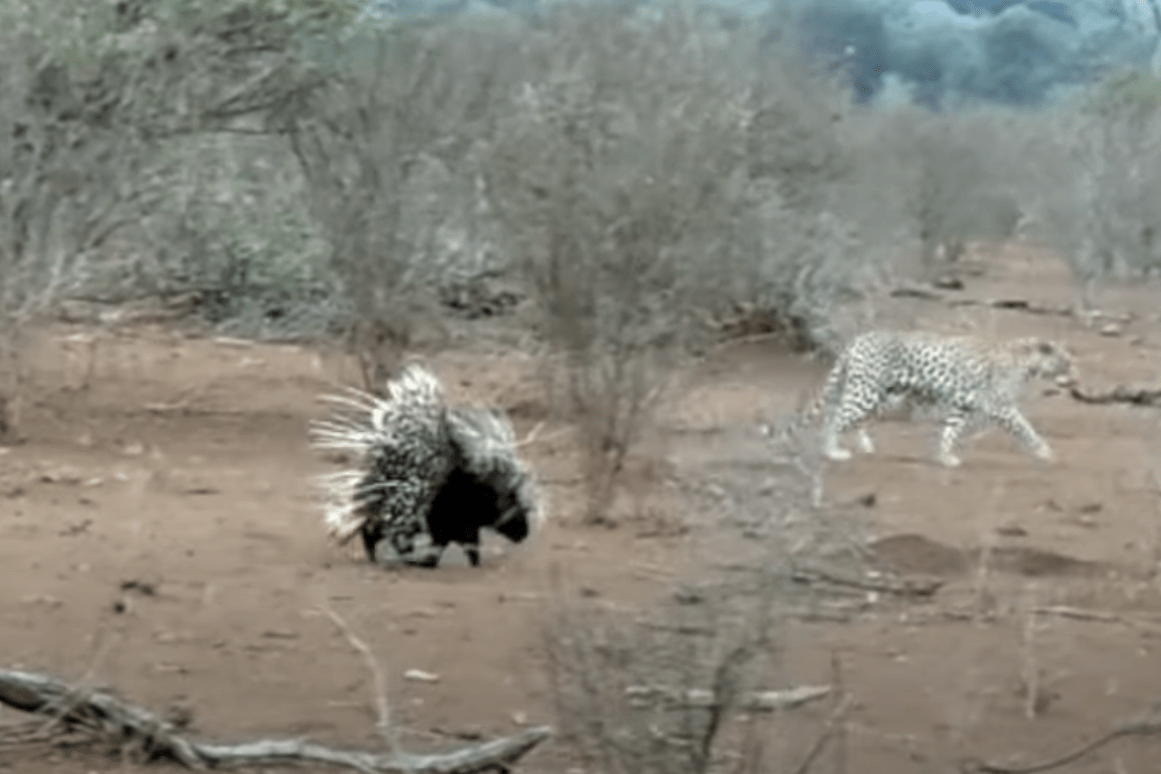 This Kruger Sightings video features a feisty leopard who gets in over its head with a particularly prickly enemy — a porcupine!

“We were following the leopard as it was just walking along when my friend spotted the 2 porcupines walking towards the leopard,” Piketh told LatestSightings.com. “As soon as the leopard saw them it changed into stalking mode and we knew something was going to happen.”

Piketh was so excited about the potential clash between the big cat and his prickly foes in this South African park that he panicked as he tried to switch his camera to video mode so that he could record the fascinating tussle occurring before his very eyes.

“The leopard gave chase after the one porcupine, and then he focused his efforts on tackling the second,” said Piketh. “He was definitely the one that came off worse for wear that day while the porcupines managed to scurry off unscathed.”

“The leopard needed to spend a good few minutes to get the quills out of him. Eventually, the leopard gave up trying to get the last of the porcupine’s sharp quills out and walked off into the bush. I think it was very rare and something you will only ever see a leopard do once.”

Clearly this was the first time this young leopard tussled with a porcupine. It’s also probably the last time this leopard tries to go after a porcupine. It seems unlikely these genuinely intelligent cats would try something like this more than once. They don’t forget those sharp spines.

From now on this leopard is going to have to stick to impalas, antelope, zebras, and warthogs. The porcupine might not look as daunting as, say, a rhino or a giraffe, but they’ll leave you hurting all the same.

This story was originally published October 26, 2017.

Watch: Get Up Close and Personal with a Majestic Lioness Thanks to this Intimate GoPro Footage