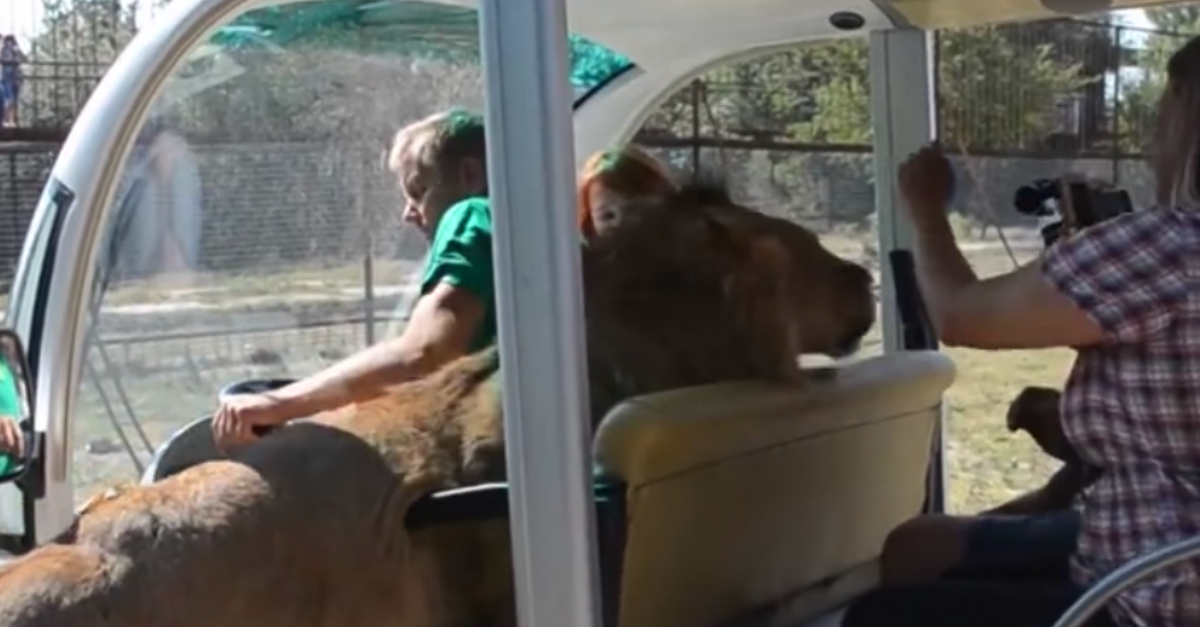 The Taigan Safari Park in Bilohirsk, Crimea lets visitors drive right up to its animals, including the big cats. Like, right up. And you do it in what amounts to a golf cart. Sound terrifying and unsafe? It is! It super duper is! Just eight or so weeks ago a woman was attacked by a lion in that same park.

The owner of the park doesn’t really care about that though. When there are Russian backed rebels popping off AK-47s and RPGs what’s a measly little lion mauling by comparison? So, at this same safari park where some lady recently got to role play as the slowest zebra in the heard, another lion decided to get a close up look at the food people intruding on its territory.

This particular lion didn’t appear to be in the mood to rip throats, so that’s cool. Still, this feels like the equivalent of getting into a fender bender with a psychotic serial killer who just happens to be in a good enough mood that he’s willing to laugh it off and forego eating your (by the time of consumption) thoroughly defiled corpse.

The owner of the safari park claims that the tours are perfectly safe as long as visitors listen to his advice, but also, no they’re not. Not at all. Hard pass on the lion cuddling. Plus this is in Crimea. There’s a decent chance these things aren’t exactly getting fed the highest quality meats. A naked monkey buffet rolling into their cage might start to look pretty good.

There’s just no way this is a good idea.

This article was originally published September 5, 2018.

Watch: OREGON WOMAN CLAIMS SHE USED TELEPATHY TO GET MOUNTAIN LION TO LEAVE HER HOME