Frog Jumps Onto Little Boy’s Arm and Scares Him Senseless, Then it Jumps Into His Mouth 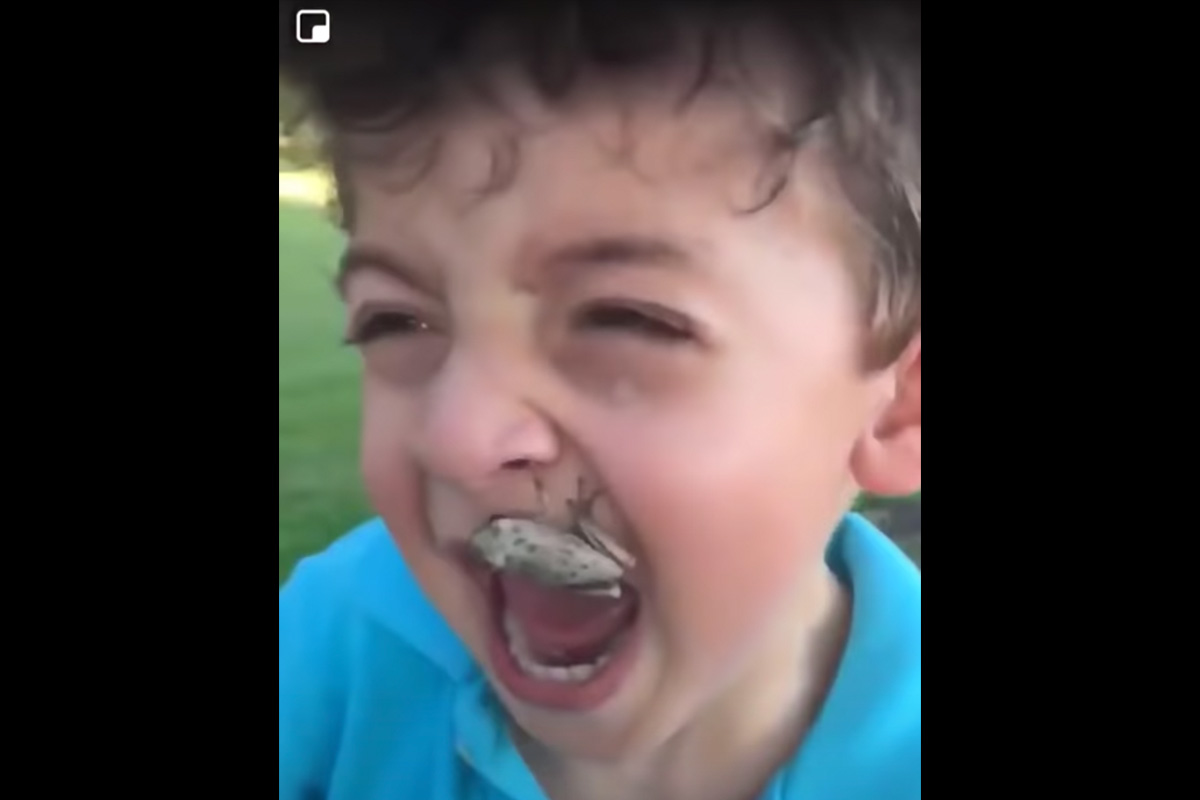 A little boy who was just trying to enjoy going down his slide had his day ruined when a scary frog jumped on him and he had no idea what to do about it.

Boy with Frog on Arm Living in a Nightmare

There isn’t a lot to say here. A boy was trying to enjoy his slide and his day was ruined by this terrifying amphibian that jumped onto the boy’s arm.  Clearly, as the video shows, the boy does not like frogs. It’s unclear if this is the first time he’s had a run-in with a frog or if he and the animals have a history. Maybe the young boy was just in a bad mood? Hard to say.

All that is certain is that he wanted no part of this frog. Unfortunately for him his mom, who he presumably was desperate to have saved him only seconds before, made matters infinitely worse when she poked the frog and it jumped onto the kid’s face. Then things went from unnervingly tense to pure terror. And, naturally, this was all filmed and posted to social media.

He’s probably going to freak out every time he and his mom pass by a box of Smack’s in the cereal aisle at the grocery store. This is a recovered memory in the therapist’s office type of moment.

“Mom I realized that I haven’t trusted you since I was 4-years-old and you caused that frog to jump onto my face. I guess that’s the root of my issues with you and why I can’t come to Thanksgiving even though it’s probably dad’s last.”

Kids: so easy to screw up!

Watch: Woman Gets Scared Near to Death by Scarecrow at Spirit Halloween, Gets Real Mad