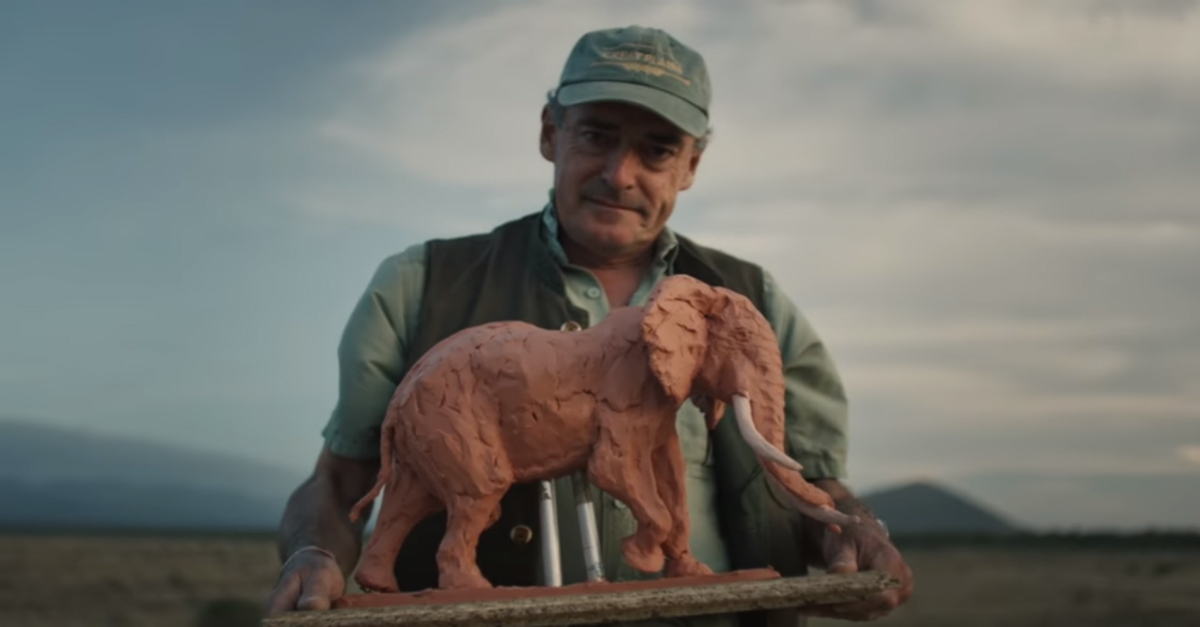 In this mesmerizing short film — directed by Will Farrell for the National Geographic Short Film Showcase — master sculptor Mark Coreth sets off on an enthralling African safari in search of an enormous elephant that he hopes to create a sculpture of.

“I’m here specifically, looking for one very big elephant called One Tonne,” Coreth says at the beginning of the film. “Next month, next year, there may never be an animal of this scale. So I think, in a way, it’s almost a sort of, capturing of a moment in time,” he adds. So, with the help of a local guide, Coreth heads off in search of the elusive One Tonne.

RELATED: Researchers recently discovered something about mosquitoes that will make your skin crawl

“You know that the odds are completely against you,” Coreth narrates, later on in the film. “But, it’s everything that you’re learning on the journey there.”

Coreth’s search lasts for several days, but eventually he is successful. He and his guide come face to face with One Tonne in an encounter so powerful it has to be seen to be believed. Coreth gets to work with his sculpture.

“To sit out in the open and sculpt a huge elephant, it does add a little bit of an adrenaline rush — there’s no doubt about it,” he claims. “But it adds a lot of reality.”

So how does Coreth’s final sculpture turn out? Watch the film and see for yourself.