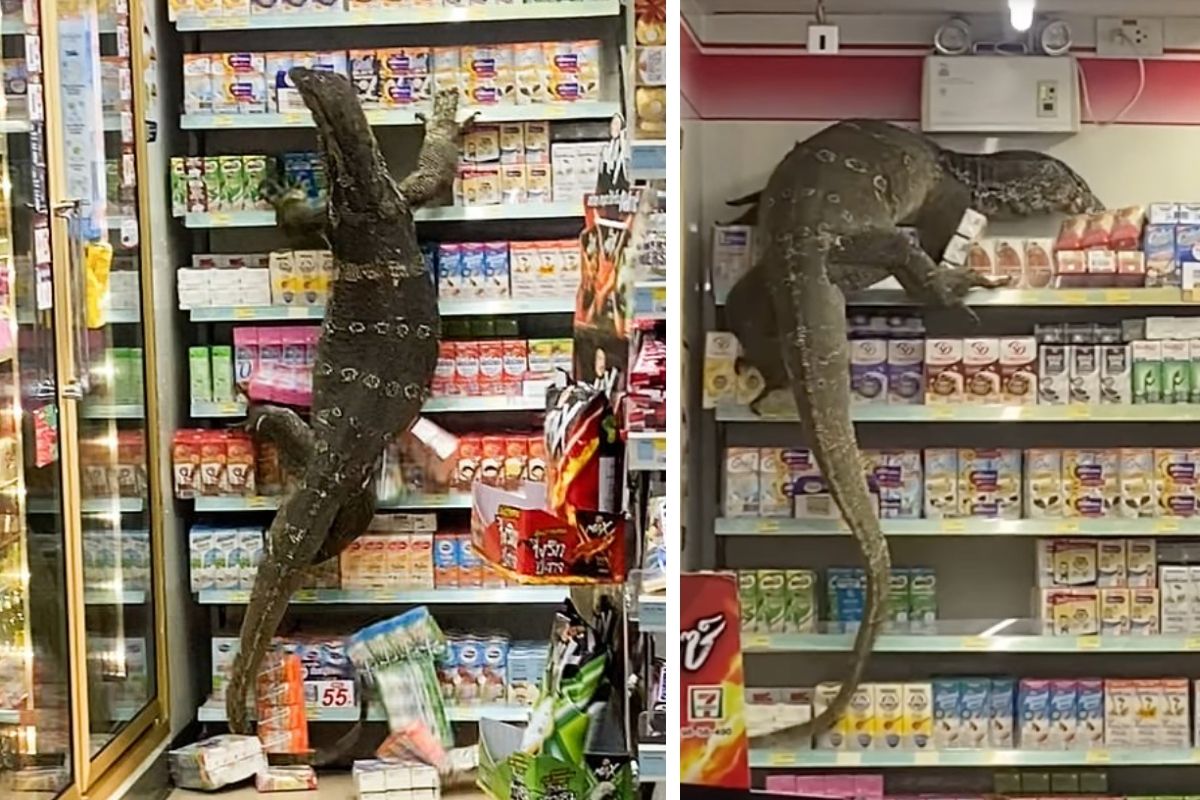 If you haven’t seen the new Godzilla vs. Kong movie, then you can catch a sneak peek of what the movie looked like from this video. A massive Asian water monitor lizard was caught terrorizing customers at a 7-Eleven in Bangkok, Thailand, as it scaled up shelves, knocking over cartons and boxes. Truly in Godzilla form.

Although the original tweet was deleted, the video was reposted to Facebook, and you can’t tell me you wouldn’t be absolutely freaking out at the sight of something that monstrously ginormous stalking the aisles as you were just trying to grab a snack. In the video, you can hear one customer say, “The shelves are ruined! Oh my God,” and in the shot comes a terrifying reptile, which measures up to eight feet long. It’s the world’s second-largest lizard after the Komodo Dragon, according to Everything Reptiles.

Thankfully these big guys aren’t exactly dangerous towards humans. However, the shoppers thought otherwise as customer Narumpa Tangsin said, “I only stopped at the shop to buy some food and then saw the huge monitor lizard inside. I wanted to buy a drink but the animal was too close to the drinks aisle. They’re dangerous animals, especially when they’re angry, so I stayed back and recorded it on my phone. I guess that shops have everything, even for lizards.”

Luckily, a rescue team came through to drag the reptilia out of the store, and the poor creature did not get its hands on any food. Asian water monitor lizards are normally not an invasive species, but it’s believed the creature was struggling to find food outside because of the dry weather following Southeast Asia.

Look, I don’t care if these guys mess with humans or not, I refuse to mess around with Godzilla-Esque-type animals. No one in their right minds would go towards a Kong-like animal either, so in the name of Godzilla vs. Kong, stay away from massive monitor lizards.