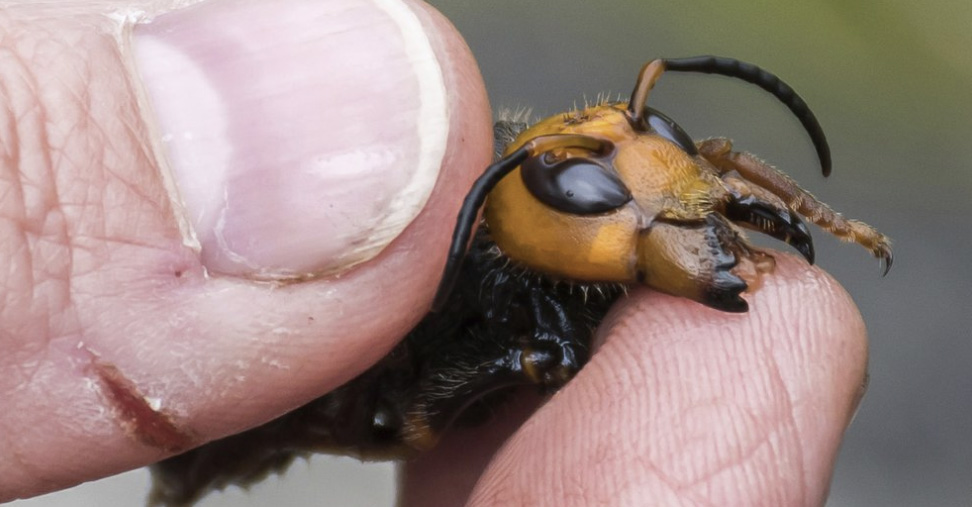 The world’s largest hornet, dubbed the “Murder Hornet” in Japan and native to Asia, has been found in the state of Washington and is, apparently, poised to spread across the United States if not stopped soon, according to the New York Times.

The Washington State Department of Agriculture verified two Asian Giant Hornet sightings near Blaine, Washington, which is situated near the U.S. border with British Columbia, Canada. The Washington DOA also received credible reports of the invasive species near Custer, Washington, which is south of Blaine, thought they were not able to confirm them. It is around this time that the Murder Hornets begin to come out of their winter hibernation.

The hornets, which invade and destroy honeybee hives and kill up to 50 human beings a year with the potent neurotoxin delivered through their disturbingly large stinger, have experts worried that North America’s already decreasing honey bee population may take another hit if the Murder Hornets start hitting honeybee colonies — as will the crops they pollinate such as apples, blueberries and cherries.

The hornet can also sting through regular beekeeper suits a bee breeder would wear, and their incredibly painful attack delivers roughly seven times the amount of venom as a honey bee sting. The hornets can also sting multiple times, unlike a bee.

Multiple stings from the hornet can kill a human, even if they aren’t allergic.

1. Good God how many more terrifying things is this year going to throw at us? It’s only May and we’re already beset with a global Coronavirus pandemic and murderous hornets the size of a thumb. At this rate those aliens from Signs are going to start kidnapping us by July and an asteroid will hit just before Christmas. Can we squeeze a quick World War 3 in the fall just to make this year a true fully-formed nightmare? How about some vampires? COVID-19 has pretty much shown that nothing is off the table anymore.

2. Really wish I had one of those Elon Musk flamethrowers right now.

3. Seriously, appropriate government agencies, slaughter these hornets. They look monster cartoon levels of evil with their angry, huge yellow-orange faces and giant mandibles. Definitely do not go after them yourselves, all you average John Q. Hornet Haters out there. Tempting as it may be to give these bee murderers some vigilante justice, the Murder Hornets did, after all, earn their name.