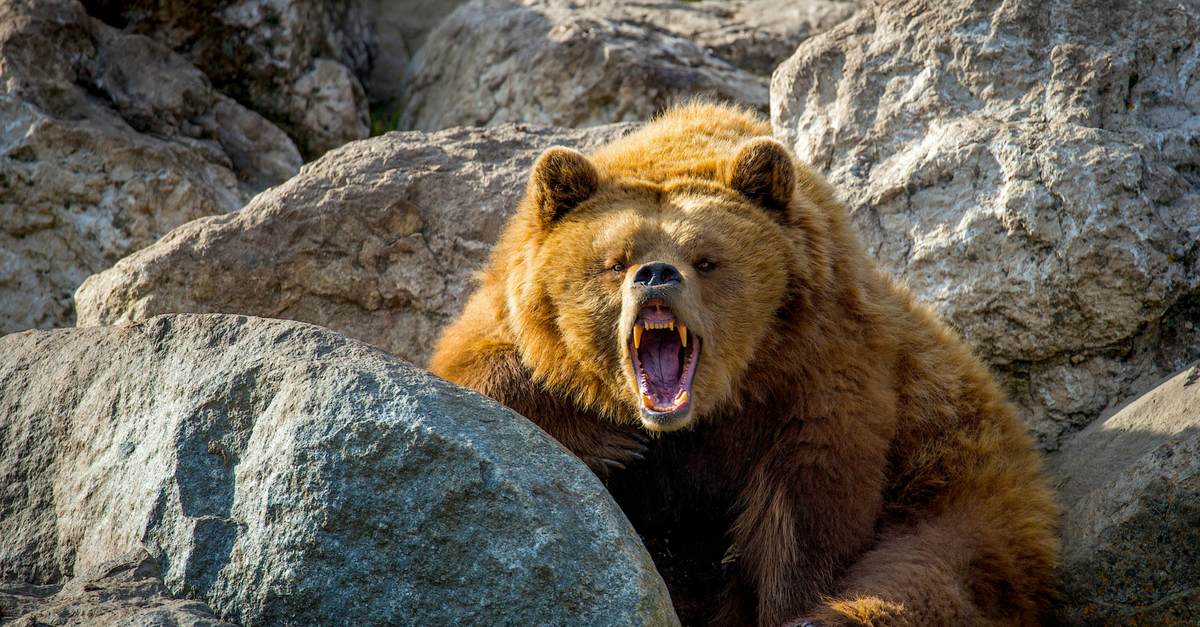 If you clicked on this hoping it was a story about a park ranger who was for some reason armed with a katana and decapitated a bear in one swing as it attacked an innocent bystander, I’m sorry, you’re not that lucky. You never are. Still though, people had to cut off a bear’s head while it was biting a guy! That’s not nothing.

Just a Typical Day on the Trail

A rancher and big game hunter was out exercising his hunting dogs near his home just outside Raton, New Mexico when he came across a pissed off bear. The hunter, Bridger Petrini, admits he got too close to the bear, which almost immediately pinned its ears back and charged the man.

The bear pounced and the collision sent both Petrini and the bear tumbling down a hill. The bear started biting Petrini but, according to the hunter, it wasn’t able to get at his torso, just his legs. In the midst of the attack Petrini was able to pull out his handgun and kill the bear with it.

Problem solved? Nope! Because of this….

The bear was dead, but its jaw was locked onto Petrini’s calf muscle. The Raton Fire Department responded to the emergency and, after trying to maneuver the big dead bear in a way that would make it possible for them to safely remove Petrini’s leg from the bear’s mouth, they realized that they were just going to have to go ahead and cut the thing’s head off. So they sawed off the bear’s head and were finally able to get Petrini’s leg out.

Petrini was taken to a nearby hospital and received over 200 stitches for his injuries. He was in the hospital for a week, and his right leg suffered extensive nerve and tissue damage. No word on if Petrini kept the bear head but… he’s got to keep that bear head, right? Feels like the obvious move for a big game hunter.

This article was originally published August 29, 2018.

Watch: FEEL WHAT IT?S LIKE TO BE STALKED BY A BEAR