95-Year-Old Woman Chases Bear Out of Her Kitchen… Twice 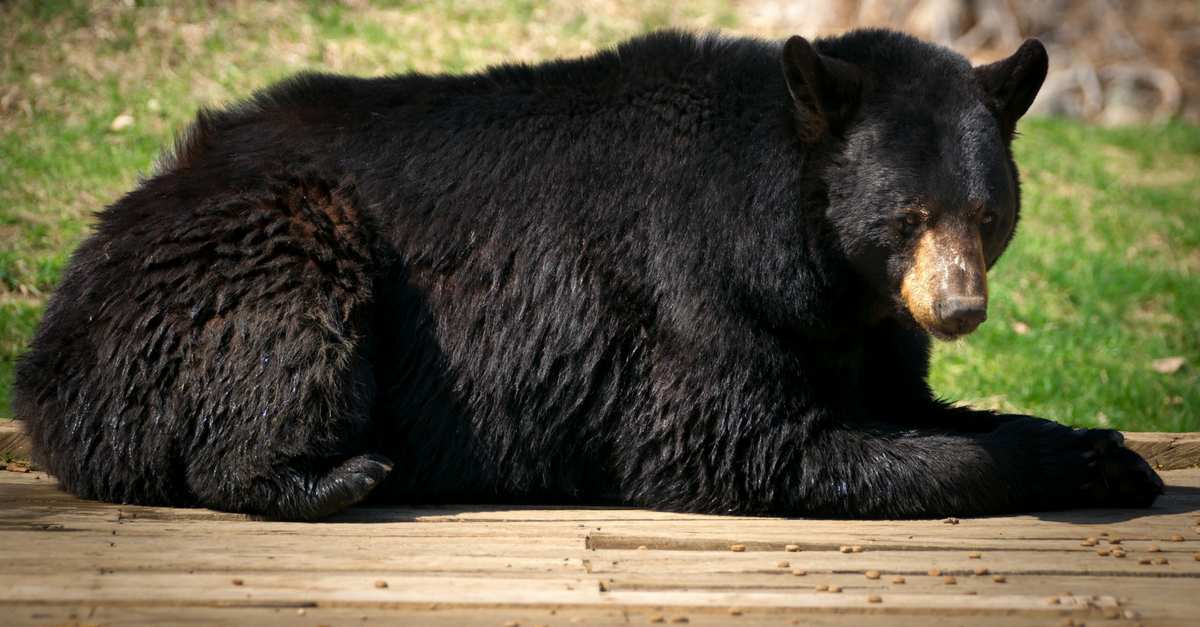 When you spend your living on a wild island in the Great White North there isn’t a whole lot that’s going to rattle you. Chances you grew up dealing with your one-room school being put on lockdown five times a winter because a pack of hungry wolves was roaming nearby.

WATCH: A Lake Tahoe mother used her "mom voice" to stop an enormous bear from climbing onto her porch. Brittany Christensen shot this video of the animal coming within feet of her home before her stern words convinced it to scamper off into the wilderness. pic.twitter.com/K85fS5XMKl

So then it’s no surprise that when a 95-year-old Canadian woman, Anna Stady of Vancouver Island, British Columbia, found a black bear breaking and entering into her kitchen, she just shooed the beast away like it was a squirrel or a fly.

Stady was in her home in Union Bay watching TV when she heard a ruckus in her kitchen. When she went to investigate, probably already assuming it was a bear like that’s something that’s normal — an assessment based on how she reacted next — she found the black bear foraging through her kitchen.

“I was annoyed,” she said to CTV Vancouver Island. “I told him to go and then he just went about halfway to the backyard and I said ‘No! Go home!’”

Then the bear ran off.

Yeah sure. Frail old woman yells at bear to leave and it does. Meanwhile every time I cry, “Please get away from me,” at a bee it just keeps coming. Obviously I do not project the same amount of confidence that Anna Stady does. (I do not doubt this.)

Stady’s day wasn’t over after telling the bear to GTFO, however. Stady went back about her day and eventually the bear returned to forage through her cabinets.

“He made a regular mess,” she recounted. “I was really annoyed with him and I told him to go. He looked at me and then he grabbed something, I don’t know what it was, and ran out.”

Stady told CTV that she was never afraid while the bear was in her home because she’s been around them her entire life. Giant things that could easily rip her in half being in close proximity to Stady is no big deal. This is what happens when you grow up in the wilderness. Maybe she’s scared of city buses though?

Likely feeling a kinship for the bear as a fellow child of the forest, Stady said she hopes authorities don’t catch the bear because they may have to kill it.

“He was a beautiful black bear, nice and chubby,” she told CTV news.

This story was originally published August 2, 2018.