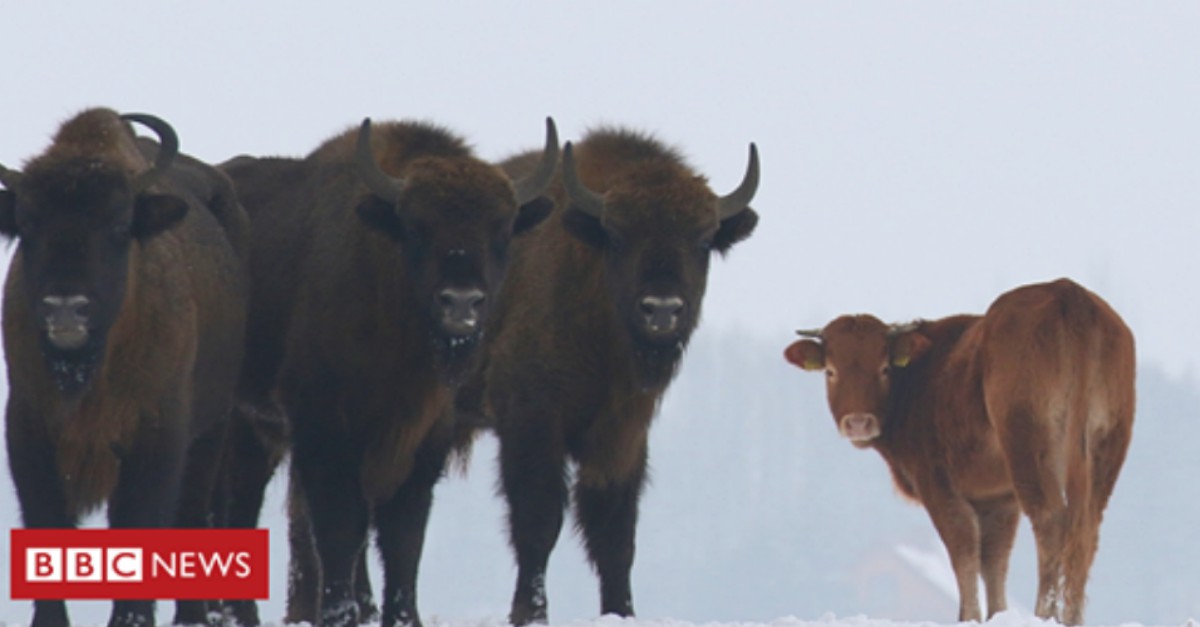 RELATED: This family was treated to a horror show when a gargantuan crocodile gobbled up a cow right before their eyes

Except this is a cow we’re talking about, and he’s not a journalist.

Nevertheless, a cow in Poland recently decided to immerse himself in the culture of the bison–making the unusual choice to spend an entire winter with a herd.

After running away from his farm last fall, the cow “has been seen lingering on the fringes of a herd of some 50 bison in the forest on the Belarusian border.”

When an ornithologist named Adam Zbyryt saw the cow, he first thought it was an weirdly colored bison.

RELATED: The killing of an extremely rare white bison in Germany has conservationists outraged

Soon–with the help of binoculars–he realized it was a Limousin cow.

This is hardly the first time that a cow has taken up with a bison herd. However, it may be recaptured, due to scientists’ fears of it mating and the potential dangers involved in that.