What You Need To Know About Multicolored Asian Lady Beetles 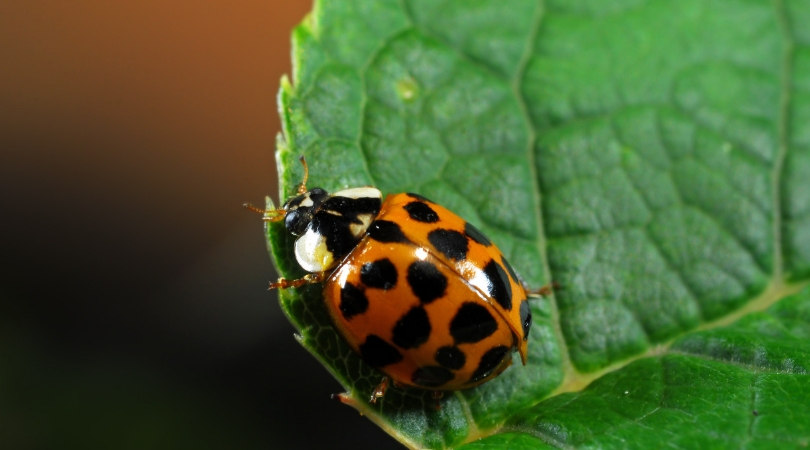 This is your daily public service announcement. The Asian Lady Beetle is not actually a ladybug! These sneaky imposters are orange while real ladybugs are red. They look really similar though, so you’ve probably called one a ladybug countless times. Native ladybugs are good for the environment and these, well…bite. If you’re starting to wonder if you have seen these, here are the differences between the well-loved bright red ladybugs and these fakers.

The Harmonia Axyridis are an aggressive aphid that closely resembles the other ladybug. The orange ladybug also known as the Asian Lady Beetle, the Japanese Ladybug or Japanese Lady Beetle are part of the Coccinellidae family-like native ladybugs. They also have multiple black spots that at a glance look just like the most easily recognized lady beetle. One of the biggest tells between the two visually is that the Asian Lady Beetle has an “m” shaped spot near the head. Ladybugs do not.

The number of spots also varies. The ladybug has 7 black spots, often referred to as the “seven joys and sorrows,” something that contributes to it being considered a religious symbol in some parts of the Christian belief system. The other ones have a larger quantity of black spots, ranging upwards of 14-16.

Unlike the creatures in nursery rhymes that are said to bring good luck, these seemingly do the opposite. They have been known to cause beetle infestations. They burrow into crevices, sidings, and foundations of homes in warm months, but in the winter months, they seek warmth by coming fully into the house. Yikes! Once inside, they crowd into rooms either flying or crawling around walls and furniture. When they do this, they leave a yellow fluid and odor behind them.

To top it off they even bite! It’s not very painful, but if you are used to playing with regular ladybirds (what ladybugs are referred to in many European countries) their bite will surely come as a surprise. Some people even suffer allergic reactions to the orange ladybug bites. This includes pink eye, hives, cough, asthma, and even hay fever. You could also end up ill just by being surrounded by a large number of them! Oh, the Japanese Lady Beetle is also harmful to dogs.

If you’ve been seeing these, keep an eye out for multiples and consider contacting pest control if you see too many. Because as temperatures start to drop, they want to be indoors. Just like you.

Watch: What You Need To Know About Bearded Dragons