This Cute Cat Might Be the Angel of Death! 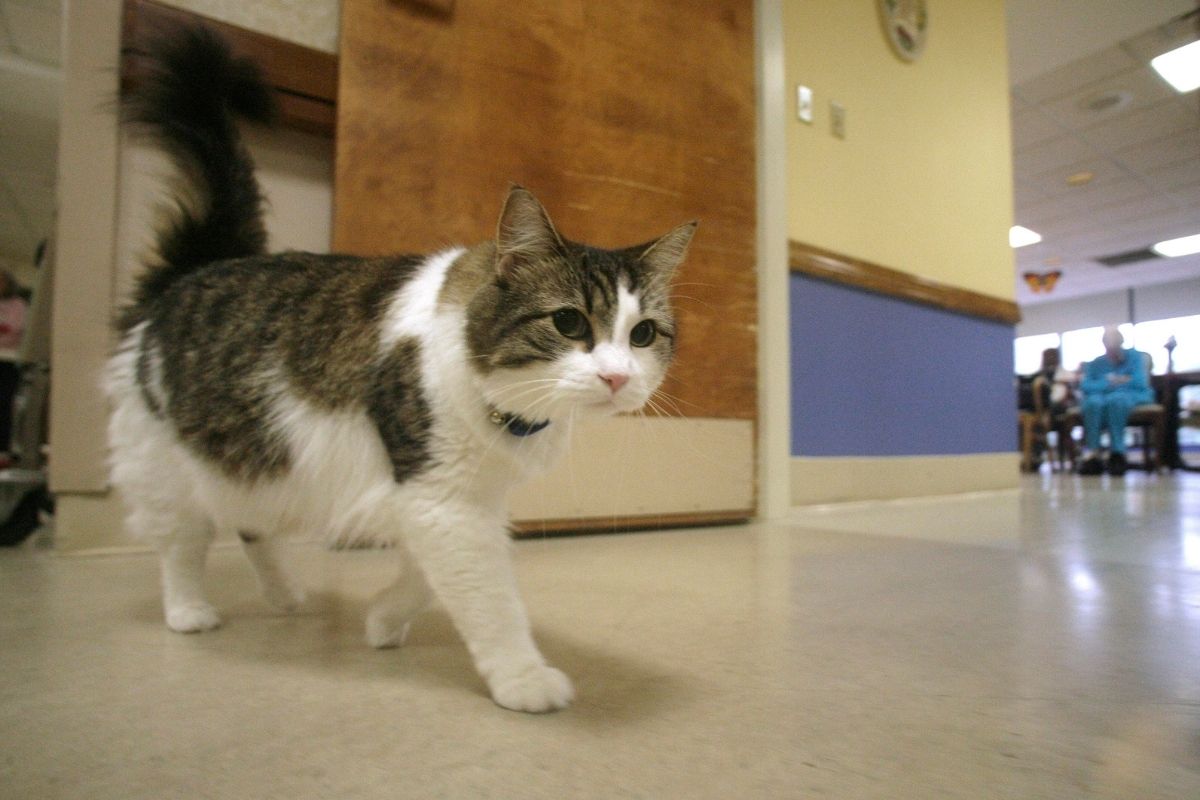 Oscar is a fluffy therapy cat living in a nursing home in Providence, Rhode Island. He is meant to provide the ailing residents with cuddly comfort… so you might wonder why his nickname is “Death Cat.” In fact, Oscar has an uncanny ability for predicting the deaths of sick patients.

After Oscar was adopted by the pet-friendly Steere House Nursing and Rehabilitation Center in 2005. Within six months of his arrival, staff members noticed that Oscar — often a hissy and unsociable cat — would nap sweetly next to residents… who then died a few hours later. Once the pattern of impending death was noted, staff used Oscar’s predictions to notify family members to come say a final goodbye to their loved ones.

You might think that Oscar’s mere presence then would bring out something of terrifying anxiety around the nursing home. But Steere House is an end-of-life care facility, where terminally ill patients struggle with late-stage Alzheimer’s and Parkinson’s; they are generally unaware of their surroundings.

The Steere House geriatrician Dr. David Dosa published an article about Oscar in the New England Journal of Medicine in 2007 which made the cat a full-on celebrity: “A Day in the Life of Oscar.” The account offers colorful details into the cat’s uniquely psychic routines. In one instance, Dosa wrote:

“In the distance, a resident approaches. It is Mrs. P., who has been living on the dementia unit’s third floor for 3 years now. She has long forgotten her family, even though they visit her almost daily. Moderately disheveled after eating her lunch, half of which she now wears on her shirt, Mrs. P. is taking one of her many aimless strolls to nowhere. She glides toward Oscar, pushing her walker and muttering to herself with complete disregard for her surroundings. Perturbed, Oscar watches her carefully and, as she walks by, lets out a gentle hiss, a rattlesnake-like warning that says ‘leave me alone.’ She passes him without a glance and continues down the hallway. Oscar is relieved. It is not yet Mrs. P.’s time, and he wants nothing to do with her.”

Dosa is also an assistant professor of medicine at Brown University, and the story of Oscar has factored heavily into his life’s work. In 2010, he published the book Making Rounds with Oscar: The Extraordinary Gift of an Ordinary Cat. As of 2015, Oscar had accurately predicted more than 100 deaths.

Of course, the nursing home staff likes to believe that Oscar is trying to comfort those who are dying. But how can he tell? Many scientists believe that Oscar can pick up on the subtle scent of biochemicals released in the body when someone dies. But another hypothesis is that Oscar picks up on — and prefers — the total stillness of the sickest residents. Skeptics, however, decry Oscar’s ability as mere confirmation bias. But I’m sure anyone who has ever loved their pet can attest to the caring, extra-sensory solace they provide. What do you think?