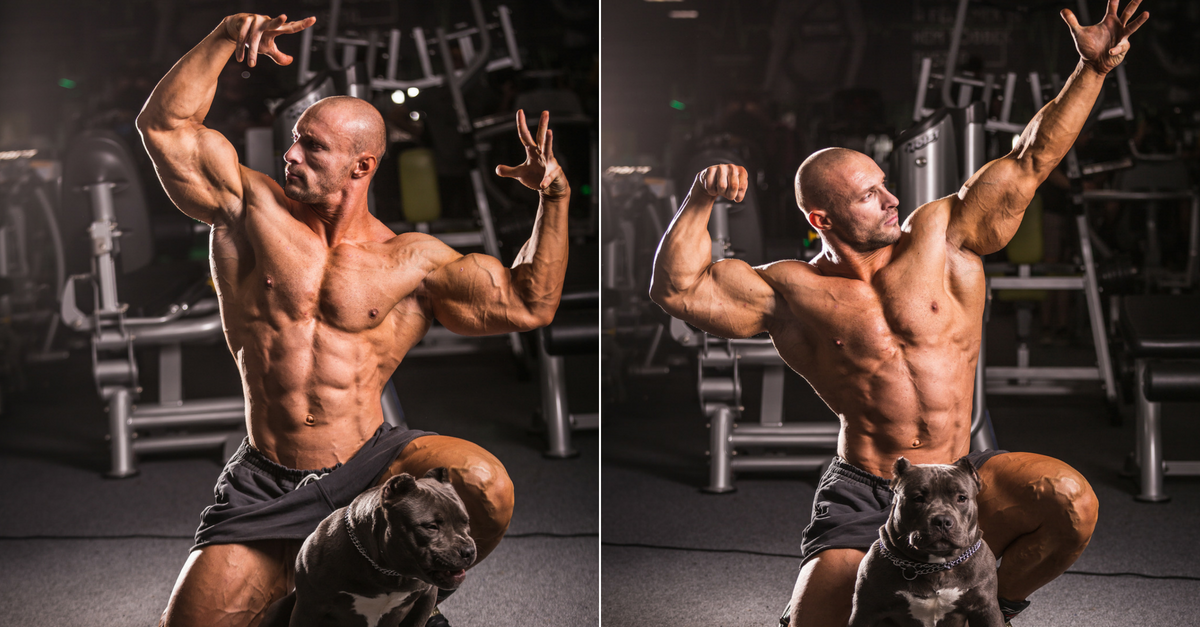 I proudly walk my 20-pound Pug-Shiba Inu mix down the street every day. The little hairy pig waddles alongside me investigating suspicious and interesting smells with a nose that, based on his often suspect ability to breathe, I’m not entirely sure even works. He marks territory that his watermelon-sized, roly-poly body couldn’t possibly ever hope to enforce ownership of, even if you strapped an A.I. operated assault rifle to his back. (And before you argue that this wouldn’t be effective because the kickback from the rifle would have my dog doing backflips, let’s remember that this hypothetical involves putting a robot controlled M-16 on a pug’s back. Obviously I’d have installed some sort of auto-deploying legs to brace the dog. Suspend disbelief, people.)

This dog is not badass. He spends most of his day committing one of the seven deadly sins (sloth) while dreaming about committing another (gluttony), all while looking like a slug that crawled across the floor of a German barbershop.

He’s the sort of dog you see in a commercial for paper towels, dressed up like a princess by a precocious little girl who has just put on a very messy tea party much to the chagrin of her parent.

I love this adorable slap in the face to natural selection — he’s the greatest living thing I’ve ever met, probably — but I did not pick him out. My girlfriend did. And I would not have picked him out for myself, because I am insecure and stupid.

Had I picked out a dog for myself it likely would have been something medium-sized. Forty to fifty pounds. Or maybe a husky, even though owning a dog that’s born with a permanent parka on it, in Texas, is sort of a dick move, in my opinion. I might’ve considered a larger lab, but probably wouldn’t have pulled the trigger on that. I definitely would not have gone with an English Bulldog, even though those are, socially speaking, an acceptable dog for a guy to own. But they also have less genetic diversity than an Appalachian Royal Family. I have little interest in owning a dog that is liable to accidentally barf out a kidney or shatter its hip from drinking water too enthusiastically.

But I wouldn’t have gotten a small dog either, just in case someone — anyone — thought that I, an otherwise super cool guy who I’m pretty sure is good at several sports, was weird or something.

Pretty much the only two reasons to consider size when adopting a dog are:

1. The size of the space you can provide for it.
2. What you personally are comfortable living with for non-egocentric reasons.

“Bro, if you take your dog to the park and it doesn’t make parents uncomfortable because it looks like it might snap and maul one of their kids do you even do sex to women very often?”

Pit Bulls, Dobermans, and the like are all perfectly fine dogs, by the way. You shouldn’t not adopt them. You just shouldn’t adopt them if the main reason for doing so is to project to everyone around you that you could for sure beat up their dads.

Even if a guy doesn’t opt to adopt some dog they hope gives the impression that it was bred to guard the gates of hell, guys (like me, once) will still look to adopt a larger or more masculine seeming dog to project something about themselves. Maybe it’s a husky because they’re adventurous (and a man). Or a bulldog, because they’re chill and funny (and a man). Or a lab because they’re laid back and nice (also, a man). Basically, these dogs are for dudes who want to come off as John Krasinski instead of John Cena, though that line is oddly and rapidly blurring.

Of course, it is with just irony that none of this actually works. After some initial superficial infatuation with the cuteness of the dog or the simple fact that it is a dog, the only positive impression people will get from you based on your dog is how well behaved and friendly it is (unless your dog has some emotional issues because of previous owners or what have you).

No sane person who loves pugs is going to like a pug that pisses on their shoes more than a sweet Pit Bull that rolls over and demands belly rubs. Likewise, zero people are going to see your disturbingly muscular Pit Bull and think you’re a badass who has to win a fistfight with their dog every morning in order to maintain alpha status.

I don’t have a superficial size preference about dogs anymore. These are dogs. They’re all great. Adopt whatever sort of dog you want, just don’t make your choice a self-serving one.

Besides, we all already knew owning a scary-looking dog doesn’t make you seem tough. Open-carrying a .357 magnum is what does that, so get strapped and get that open carry license Dirty Harry!

Watch: 8 Stubborn Dog Breeds That Don’t Care About What You Have to Say