Pet Owners Show Off Their Animals in Halloween Costumes 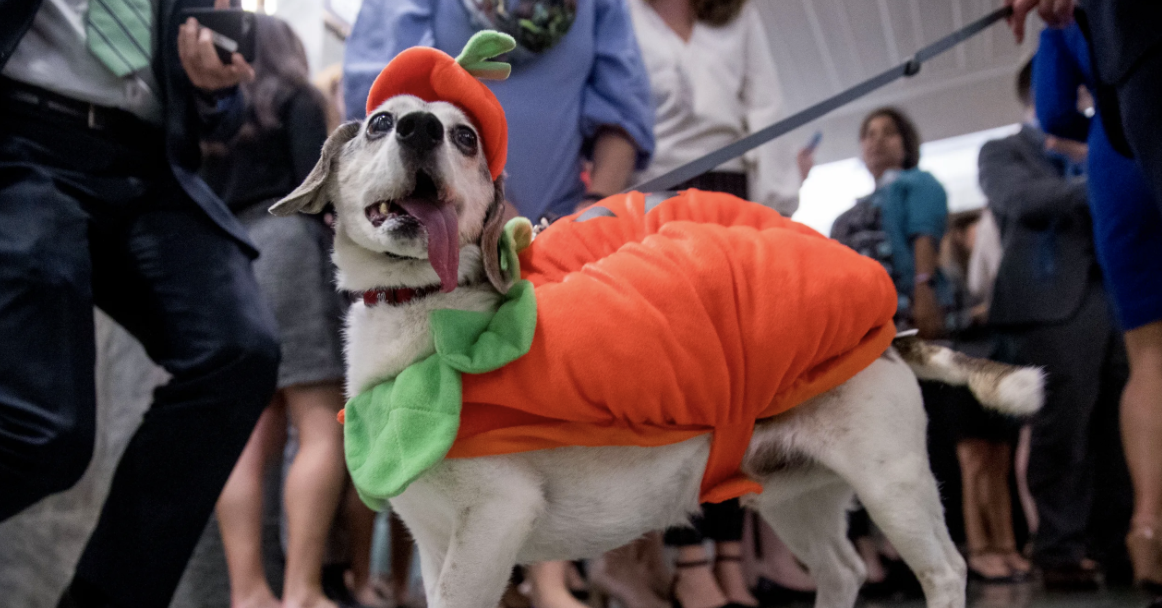 Pumpkins, vampires, and superheroes: they aren’t just trending costumes for humans. Animals are getting involved in the Halloween spirit, and it’s perfect. Twitter users shared their pets in their best Halloween looks, and they’ll make scarily good trick-or-treating buddies.

Pet owners pulled out all the stops, dressing their furry friends as other creatures, comic books favorites, and even themselves.

Bought this costume for our cat. He's pissed and/or embarrassed. Either way-how frigging cute is he! 🐱🐠 #Halloween #catfish #fishercat pic.twitter.com/9KtEpR7JEk

Dressing a cat as a goldfish? The thing the cat wants to eat but can’t, so instead it just sadly paws at its bowl? That’s just cruel.

Finding discounted costumes at Petsmart and Target was definitely a big draw for owners who didn’t want to leave their pets out of the spooky festivities.

Alice Dang on Twitter shared her lucky find at the big box store and we can relate. “Target is dangerous. Went in for something that they didn?t end up carrying, but came out with two dog costumes from the dollar section.”

Target is dangerous. Went in for something that they didn’t end up carrying, but came out with two dog costumes from the dollar section pic.twitter.com/8OttXC53Va

Okay but these were worth every penny so what’s the problem? The dogs don’t look thrilled but whatever.

Yeah if there’s one animal that for sure isn’t going to be into Halloween costumes it’s a cat. Some dogs love it. Your pet turtle won’t even notice. But the cat? This cat wants to murder its owner now which, to be fair, is at least on-brand for Halloween.

The doggos all have costumes now and there's actually still more than 24 hours before Halloween lmao pic.twitter.com/PlJNpXrC2s

In a “purrfect” coordinating look, a pet owner dressed her feline as herself and donned face paint to make herself into her pet.

This is either going to come off as adorable (likely to cat owners), or it’ll be the most frightening thing people see on Halloween.

When you and your dog coordinate Halloween costumes pic.twitter.com/j2f288Krho

My sister makes me laugh every Halloween with her dog costumes, but this is my all-time favorite.#trumpmeetsthepope pic.twitter.com/Oy0ZCf01ZZ

These photos just go to show, pets definitely know how to put their best “paw” forward when it comes to cute costumes!

This story was originally published October 31, 2017.

Watch: Pet Owners Win the Internet with the Cutest Halloween Costumes Ever