Someone in Vegas is Putting Tiny Cowboy Hats on Pigeons 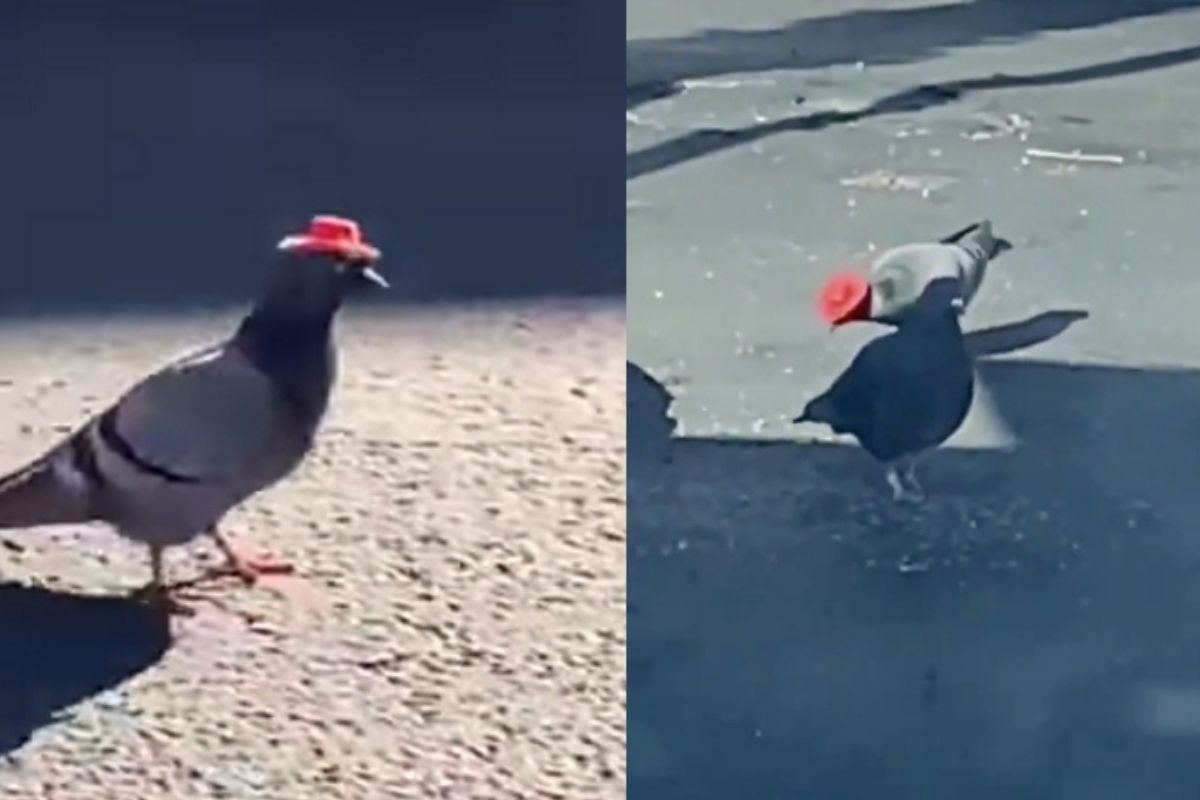 Well, it looks like what happens in Vegas doesn’t necessarily stay in Las Vegas. Especially if it involves tiny cowboy hats and pigeons. Because well, it’s so freaking cute and hilarious. Yes, a video of pigeons wearing tiny cowboy hats is going viral as they nonchalantly walk through Las Vegas Valley.

According to the man responsible for the hilarious video, Bobby Lee, it was taken near Tropicana Avenue and Maryland Parkway. The video shows at least two pigeons pecking away and scratching at scattered seeds on the pavement while wearing their tiny pigeon sized cowboy hats. One hat appears to be white or beige and one is bright bright red. You know, just another day in Vegas. Hard workers ready to clean up the mess.

My question here is, how in the world did someone get to literally place those cowboy hats? I mean, pigeons fidget and fly off whenever they see someone who is 5 feet away. Imagine being THAT close to just plop a little hat on there. My, oh my!

Several people on Twitter were shocked to see the birds just chilling around and walking around the area. Because well, it’s ridiculous! Who has enough time to run around chasing pigeons just hoping they can keep a hat on their head? Still, props to whoever is doing this, because he’s a real hero. Your job here is done sir, congratulations. You have the attention of the public.

Someone is putting tiny cowboy hats on Vegas pigeons. There are consequences to legalizing marijuana. pic.twitter.com/CdK06gauYQ

The Nevada SPCA acknowledged the hat incident in a tweet on Sunday, adding that a local “pigeon rescue group” is trying to find all the birds. Lofty Hopes, which is a nonprofit local animal rescue focused on pigeons, state they are concerned for the pigeons’ well being.

Mariah Hillman, who runs the animal advocacy organization (whose slogan is, ?a pigeon positive movement?) stated, “At first, I was like, oh my God that’s cute! Then, I was like, wait a minute ? how did they get those hats on there?? Along with volunteers, they are working to corral the pigeons so they can remove them, worrying that they might have been glued on. If so, they might have been exposed to predators or impairs their ability to fly. Which is understandable. I guess you can say it won’t be their first pigeon rodeo.

Hey Woody, come get your friends!

oh to be a pigeon in a cowboy hat pic.twitter.com/91GkBSZY9e

Editors Note: This article was originally published on December 10, 2019.

Watch: Texas Is Still Losing The War On Feral Hogs