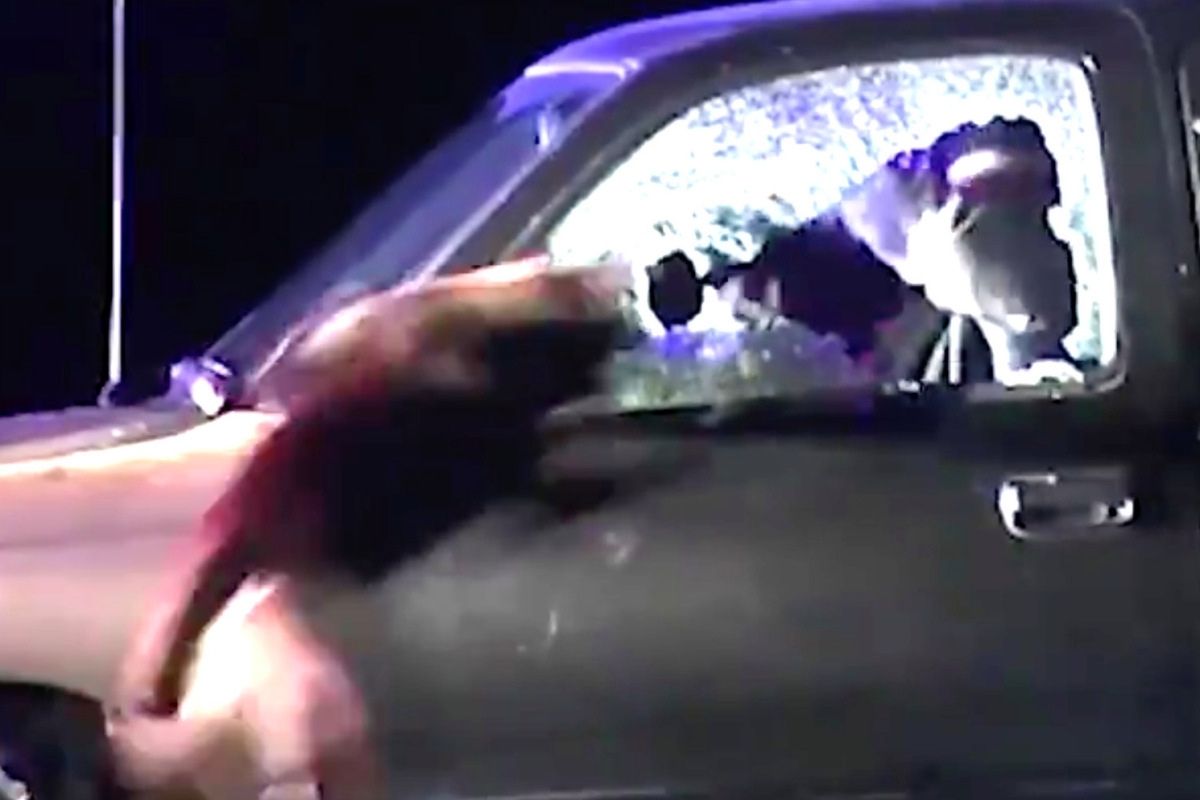 Police from Fontana, California and the California Highway Patrol ended an hour-long car chase of a stalking suspect in Southern California with help from a K-9 officer who, based on the video of the incident, was ready to get some.

Fontana Police were attempting to apprehend 31-year-old Julio Vasquez who, even after his vehicle was disabled near the transition of Freeway 15 and Freeway 91 in Corona, was refusing to cooperate with the police. With their suspect holed up in his car, police decided to shoot out the driver’s side window with rubber pellets and then make Vasquez deeply regret taking everyone on a wild douche chase. They sicked a police dog on him and, my God does it look like a bad time.

Police Dog Burst Through Car Window to Take Down Perp

Police used a K-9 and shot rubber pellets to take a stalking suspect into custody after the end of a chase in Corona. Full video and more details: https://t.co/nxMHlbaDM2 pic.twitter.com/R3NWzr30wM

Damn. That dog got after it. That’s got to be one of the most upsetting things you could witness coming at you. It’s basically the same as what it looks like seconds before being ripped apart by a starving wolf. Wide, excited eyes and sharp, eager teeth hustling straight at you for some very fun bitey times.

This dog was the painful, terrifying cherry on Vasquez’s bad idea sundae and, to add insult to injury, you know everyone on the other side of that interaction was hyped to see that dog get in on the action. Even the dog was amped up. (Obviously, look at the video.) It’s hard to blame any of them. That was pretty awesome to watch.

Conversely, I would rather take ten tasers to the groin than be mauled by this police dog.

Vasquez probably agrees. He was taken to a hospital and treated for minor injuries after being bitten by the dog, according to authorities. And that’s not all! Vasquez may also face charges for punching the police dog while it was going nuts on him. It was illegal for him to react naturally to an animal mauling him. These are the risks you run when you stalk people and start police chases.

This article was originally published on December 23, 2019.