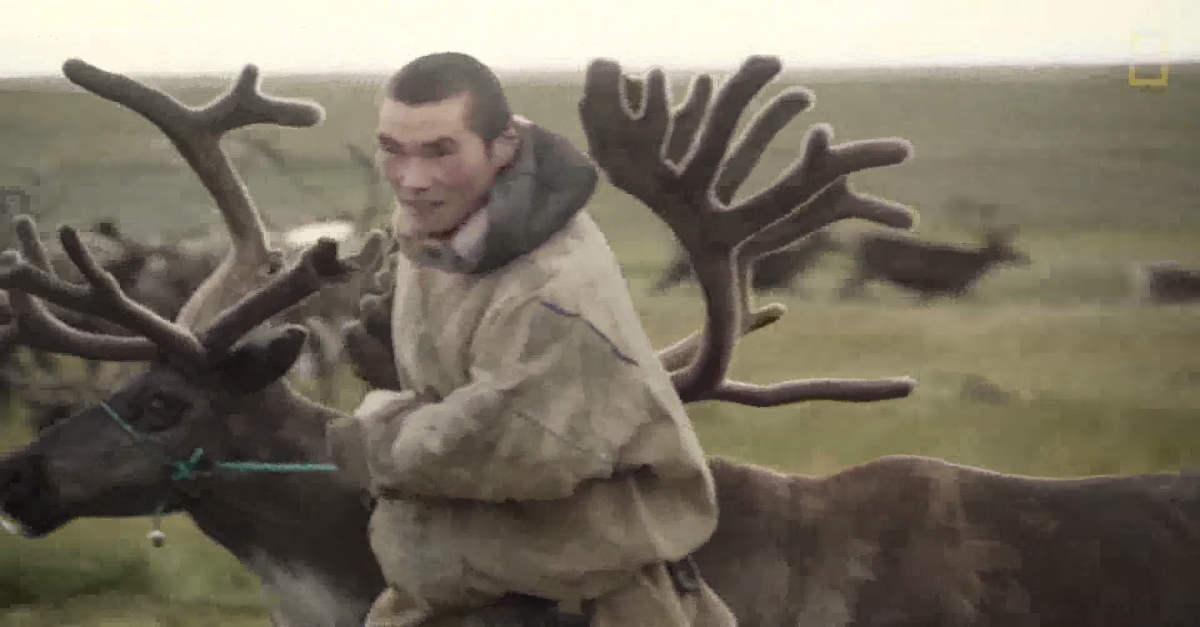 This powerful National Geographic video documents the struggles of the Nenets — a community indigenous people who inhabit an autonomous region in Russia’s arctic. The Nenets have been herding reindeer for centuries, but recently, this long-standing obligation has become more difficult to fulfill thanks to modern obstacles like climate change.

?It?s been three years since we have made it all the way to our summer pastures by the Kara Sea,? a herder named Yuri Khudi informed National Geographic. ?Our reindeer were too weak for the long journey.? Climate change has brought an abnormal amount of rainfall to their region. The rain, combined with the deep freeze that tends to follow, creates a sheet of thick ice that makes it difficult for the reindeer to obtain sustenance. In 2015, 70,000 reindeer starved to death, according to Fox News.

Pipelines that drastically encroach on the already thinning pastures and migration areas are another major obstacle for the Nenets. The natural gas in the area is an important aspect of Russia’s energy strategy, but — somewhat ironically — climate change is also jeopardizing gas development in the region.

?One cannot argue with the data,? says Alexey Osokin, the deputy director of energy firm Gazprom?s engineering center in the National Geographic piece. ?There is no doubt that the climate is warming.?