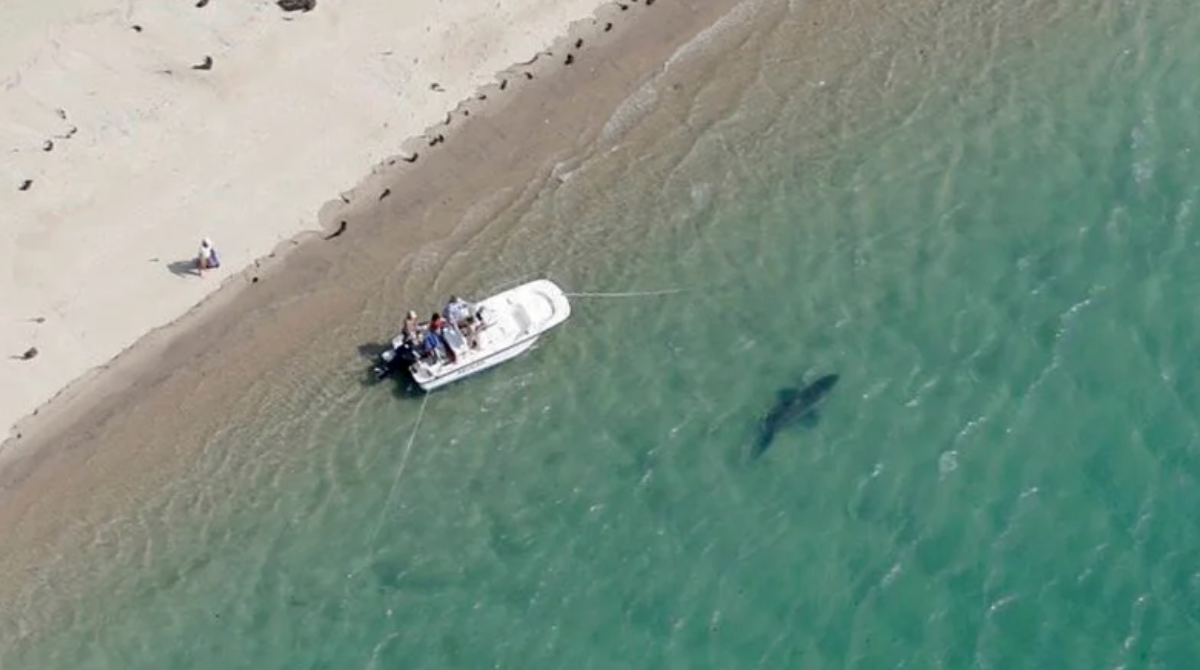 An early contender for “Wife of the Century” has emerged and, uh, it’s going to take a lot to overcome this lady’s résumé.

30-year-old Andrew Eddy was snorkeling in the Florida Keys — he’d just dove off the boat he and his wife were on, in fact — when he was suddenly and violently attacked by a bull shark. The predator slammed into Eddy and then bit into his shoulder.

Eddy’s pregnant wife, Margot Dukes-Eddy, spotted the dorsal fin of the 8 or 9-foot shark and saw blood filling the water. According to her family, who were also on the boat, Margot jumped into the water to help her husband without a moment of hesitation.

Margot grabbed her husband and pulled him back to the 20-foot motor boat they had taken out onto the ocean, which then sped back to shore where medics were waiting. Eddy was flown to a hospital for further treatment. The family has not yet given an update on Andrew Eddy’s condition.

1. I know Margot had already vowed to love her husband in sickness and in health, and a shark mauling presumably falls under the sickness clause, but this still feels above and beyond. This woman should never have to wash another dish or change a diaper as long as she lives. That’s all on Andy now.

2. Cool story for the kid too. My mom likes to tell me I was in Busch Stadium for Ozzie Smith’s famous 1985 home run against the Dodgers (“Go crazy folks!”) and that’s neat, but being part of saving my dad from a shark would have been way cooler.